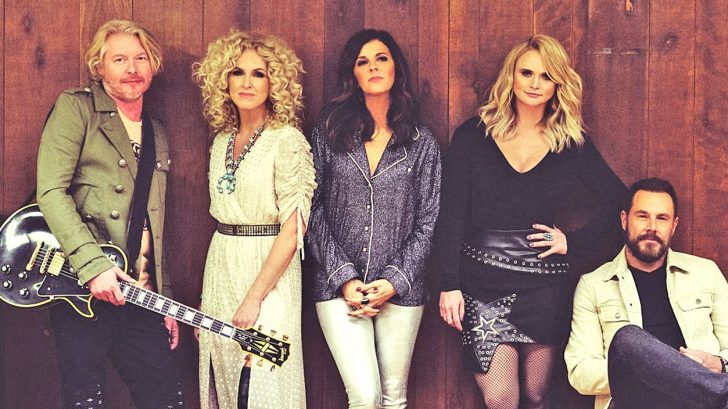 Back in the summer of 2015, Miranda Lambert released a brand-new single featuring one of country music’s most successful groups…Little Big Town. That single, titled “Smokin’ and Drinkin’,” reached the 32nd spot on the Billboard Hot Country Songs chart following its release.

“Smokin’ and Drinkin'” made it clear just how well Lambert and the folks in Little Big Town are able to work together. Lambert’s voice blended right in with everyone in the quartet, making her sound like she belonged there all along.

Since the release of “Smokin’ and Drinkin’,” Lambert has maintained friendships with the members of Little Big Town. Now, they’re taking that friendship and turning it into the driving force for an exciting new project!

As Lambert and Little Big Town announced on Thursday (January 11), they’re teaming up to take off on a co-headlining tour this summer!

Y’all come #geton the bandwagon this summer with me and @LittleBigTown! #TheBandwagonTour

So far, the scheduled tour stops are in the Midwest and along the East Coast, with cities such as Tampa and Pittsburgh on the roster. You can see all of the tour stops here.

The tour, named The Bandwagon Tour, will kick off on July 12 and wrap up on August 24. Lambert and Little Big Town already had their own separate tours planned for the beginning of 2018, with Lambert’s Livin’ Like Hippies Tour concluding on March 24 and Little Big Town’s The Breakers Tour ending on May 5.

I gotta check and see if u r going to be comin to Ohio would love love to see you in concert @mirandalambert love all ur music !!!! And @littlebigtown too!! That would be AWESOME ☆☆

On it!!!! I can't wait for this!!!! #get on #bandwagon #smokinganddrinking

These fans have every reason to be excited, since a co-headlining tour between Lambert and Little Big Town means we’ll get to see a whole bunch of new performances of “Smokin’ and Drinkin’.” You can check out one of their past performances in the clip below.

Are you planning to catch Lambert and Little Big Town on tour together?