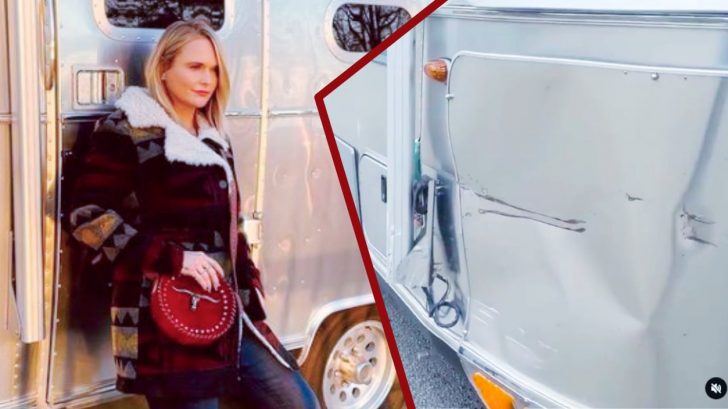 Miranda Lambert and her husband, Brendan McLoughlin, recently embarked on a road trip with their Airstream trailer in tow. They also brought their dogs!

Their first stop was Asheville, North Carolina, where they enjoyed the local sights and food. Miranda was a huge fan of the Moose Cafe, and gushed about their “warm biscuits the size of [her] whole face.”

Miranda shared photos from their Asheville adventures on social media.

After visiting Asheville, Miranda and Brendan stopped in Charleston, South Carolina. Miranda put up another post about this leg of their trip, and called the city “dreamy.”

Brendan also posted about Charleston. He shared a bunch of photos showcasing the delicious food he and Miranda ordered during their visit.

“Anyone who knows me though, knows my absolute love for food,” Brendan said. “Charleston and Asheville have left me speechless, 10 pounds heavier and made me realize exactly why I keep my gym membership.”

Miranda shared an update on their travels, saying they stopped at Lake Oconee in Greensboro, Georgia. They originally planned to stay there just one night, but loved the location, so they opted to spend more time there.

Then, Miranda and Brendan started the trek back to Nashville. That’s when their trip took an unpleasant turn.

While driving on I-20 W in Atlanta, Miranda and Brendan were sideswiped by another vehicle. Miranda described the accident and aftermath:

“Unfortunately on the way home going through Atlanta, an a– hole in a small car with temp plates was driving erratically and tried to squeeze between us and an [sic] semi truck going 70 on I-20 W. It hit the airstream on the passenger side and sent us into the left lane. We fishtailed pretty good but got on the shoulder as quickly as possible to assess the damage.”

Miranda said they weren’t hurt in the accident. However, no one stopped to help, and the car that struck them sped away from the scene.

Even though the trailer was damaged, it was still drivable, so Miranda and Brendan got back on the road after making a report about the accident. They’re now home in Nashville, and plan to get the trailer repaired so they can go on another road trip soon.

Miranda shared a video of their damaged trailer, which you can watch in the last slide of the slideshow below.

We’re so glad Miranda, Brendan, and their dogs are safe and sound. They’re lucky!