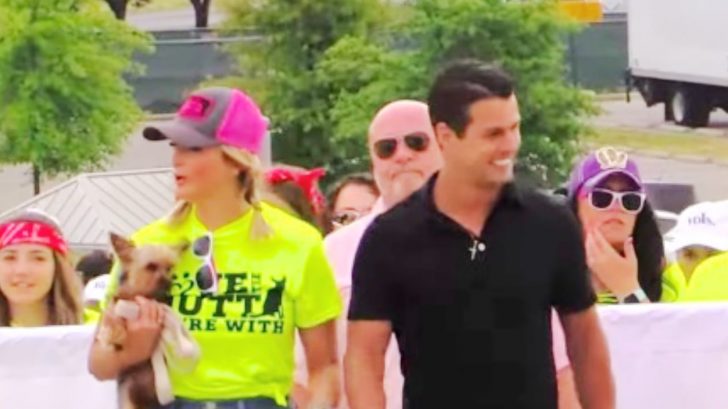 Miranda Lambert has taken her passion for animals to the next level. Along with her mother, she co-founded the MuttNation Foundation, with its mission being, “to promote and facilitate the adoption of shelter pets, encourage spay & neuter for all pets, and educate the public about the importance and beneficial impact of these actions.”

The organization famously provided support by rescuing dozens of dogs during the aftermath of Hurricane Harvey in Texas. But when the MuttNation team isn’t busy responding to extreme events such as Harvey, they help find forever homes for pets in need.

For several years now, MuttNation has held an adoption event at the annual CMA Fest in Nashville. Fans not only get to interact with adorable dogs, but they get to meet Miranda’s mom Beverly!

Two years ago, MuttNation made its presence at CMA Fest known on an even grander scale when it orchestrated its first Mutt March. The march was meant to help raise awareness for adoption, and was a huge success, as countless people and pups joined Lambert to march through Nashville.

The event did not take place in 2018, but made its return for the opening day of this year’s CMA Fest. That may explain why Lambert was noticeably absent from the CMT Music Awards the previous night, since the Mutt March surely required a great deal of preparation and started early in the morning.

According to The Tennessean, over 1,000 people took part in the Mutt March this year, including Dan Smyers of Dan + Shay and his wife, Abby.

Also joining Lambert for the march was her husband, Brendan McLoughlin. He was photographed marching by Miranda’s side throughout the morning, and appears in several photos she shared from the event.

Just swipe through the slideshow below to see them.

Music and Mutts are my two biggest passions and it was amazing to see everyone come together to raise awareness about shelter pet adoption this morning at the #MuttNationMarch presented by @TractorSupply! Thanks @dansmyers & @abbysmyers for joining us! 13 dogs have already found homes today and we’re just getting started this weekend! #LoveAShelterPet

As Lambert shared in a recent interview with People, McLoughlin didn’t have any pets prior to marrying her. “…bless his heart, he didn’t have any dogs or any animals at all when he came into this relationship, so he inherited a whole barn full,” Lambert said.

But it seems McLoughlin has quickly adjusted to his new role as a pet parent. Just a few weeks ago, Lambert proudly shared a photo of him snuggling two pups named Smoke and Bandit that they were bringing to CMA Fest to get adopted.

That photo of McLoughlin is the third one in the below slideshow.

Meet Smoke and Bandit! They showed up at the farm last week and we’re bringing them to #CMAFest to get adopted. No vacancy in our Mutt Motel! #FarmLife Register at MuttNation.com to join us at the #MuttNationMarch on June 6 in Nashville to save more pups like them!!

We’re sure that Lambert had an amazing morning at the Mutt March, as she was surrounded by the people she loves and they animals they love in return! You can learn more about the event by watching the video below.