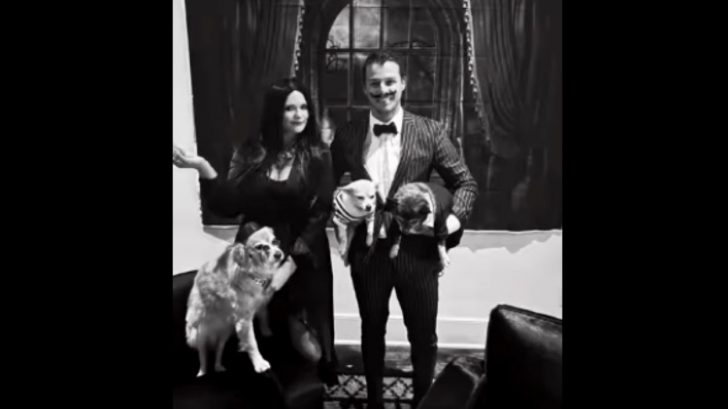 Miranda Lambert and her husband Brendan got all dressed up for Halloween this year!

Miranda and Brendan dressed as Morticia and Gomez Addams from The Addams Family. Their dogs Bellamy, Cher, and Delta Dawn also got involved in the Halloween fun.

Taking to Instagram, Miranda shared a short video showcasing her and Brendan’s Halloween costumes. It looks like they also had a small gathering to celebrate the holiday, complete with spooky-themed treats.

“They’re creepy and they’re kookie …” Miranda captioned the video she shared of her and Brendan’s Halloween celebration. Her caption, is of course, a reference to The Addams Family theme song.

Miranda and Brendan have been enjoying the past few weeks at home before they head back to Las Vegas for the next phase of Miranda’s Velvet Rodeo residency. They’re also preparing for the upcoming CMA Awards on November 9.

The CMA nominated Miranda for three awards this year: Entertainer of the Year, Female Vocalist of the Year, and Album of the Year. She’ll also be performing during the ceremony.

We don’t know for certain which song Miranda will be singing during the CMA Awards, though it’s likely she’ll perform her current single, “Strange.” Watch the song’s recently released music video below.

We hope Miranda and Brendan had the happiest Halloween this year!