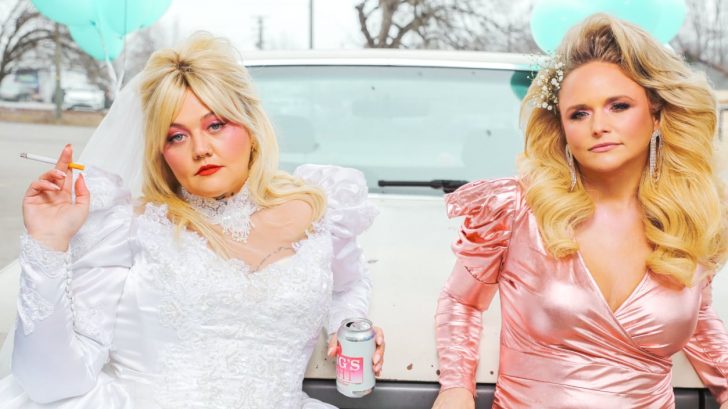 In 2019, Miranda Lambert embarked on her Roadside Bars & Pink Guitars Tour. The tour was a showcase of girl power, as Lambert had Maren Morris, Elle King, Ashley McBryde, Tenille Townes and Caylee Hammack join her on the trek. Her Pistol Annies bandmates Ashley Monroe and Angaleena Presley tagged along as well.

After previously participating in such a successful collaboration, Lambert and King decided to team up again!

On Monday (February 22) the two singers began teasing something on social media. Lambert posted a picture of her and King with large, poofy hair. She simply tagged King in the photo and wrote “#DRUNK.”

As for King, she posted a different photo of her and Lambert with the caption, “The whiskey goes down better when they don’t know who you are…” Are those song lyrics?

She also included the hashtag “#DRUNK” once more. This of course, lead fans to believe that Lambert and King are preparing to release a duet called “Drunk.”

The whiskey goes down better when they don’t know who you are… #DRUNK • @mirandalambert pic.twitter.com/jiJRJYQmN2

Billboard confirmed “that Lambert and King do indeed have a new song together.” However, the publication knew no additional details about the collaboration.

Based on nothing more than the two pictures Lambert and King posted, we have a feeling this song is going to be a good one! These pictures also seem like they could have been taken from a music video, which we hope is the case.

Stay tuned to see when Lambert and King will release their new song. In the meantime, enjoy the below video of them singing “Fooled Around and Fell in Love” with their friends during the Roadside Bars & Pink Guitars Tour.

Hopefully we don’t have to wait too long before we get the chance to hear Lambert and King’s new duet!