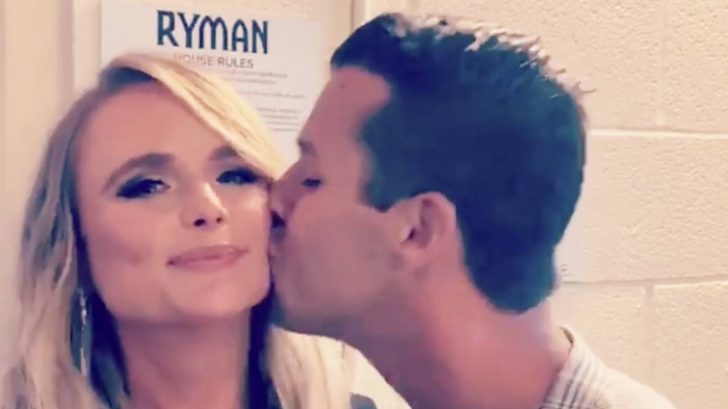 Aug 21 served as one of the biggest nights of the year for country music. The ACM Honors are held annually at the Ryman Auditorium, which celebrates recipients of special ACM Awards that are given off-camera.

Miranda Lambert was one of the night’s honorees and received the Gene Weed Milestone Award, which is given to an artist for “who has contributed successful works to the industry during the previous calendar year.”

Her notable accolades for the previous calendar year include having the most ACM wins of any artist, funding a songwriting scholarship in Tennessee, and continuing to raise awareness for shelter dogs through her Muttnation Foundation.

This year's ACM Gene Weed Milestone Award is being presented to @mirandalambert for a number of reasons! ⬆️ Join us at this year's #ACMhonors where Miranda will also be performing. Link in bio. ✨

At the show, Lambert was given her award by Keith Urban, but not before he said a few nice words about her. They also performed her hit song “House That Built Me” together.

Ryman’s seats were filled by some of the country music industry’s biggest names, country fans, and Lambert’s husband, Brendan McLoughlin.

In a sweet Instagram post, the “All Comes Out In The Wash” singer thanks the ACMs for an incredible night, Keith Urban for singing with her and inspiring her, and her “hot date…for joining [her] on this crazy cool journey.”

The series of photos included a red carpet photo with McLoughlin, a photo of her and Urban on stage, and a sweet video of her police officer husband kissing her on the cheek.

See the post below, and make sure you swipe through to see them all.

Thank you @acmawards for an awesome night. I love the country music family and Nashville with all my heart. @keithurban thank you for singing with me and inspiring me for so many years. Forever a fan! And to my hot date thanks for joining me on this crazy cool journey! #acmhonors #thehousethatbuiltme #theMrs @theryman 💇🏼‍♀️: @leahhofff 💄: @lindsay.doyle 👗: @tiffanygiffordstyle 🥰: #HotCop