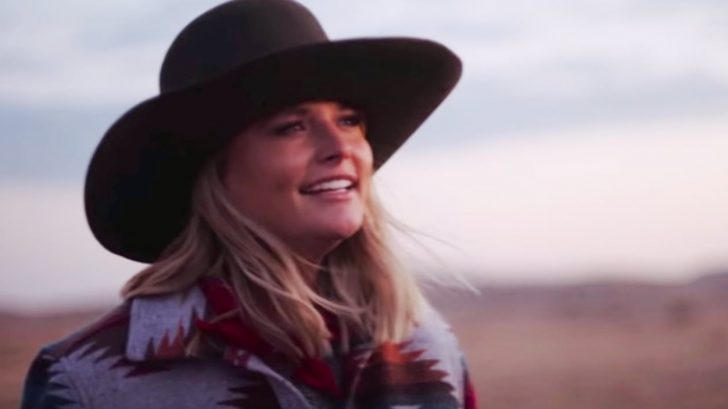 After working together on the songs “Tin Man” and “Tequila Does,” Miranda Lambert, Jack Ingram, and Jon Randall decided to put together a whole project.

On Thursday (March 4) Lambert announced she, Ingram, and Randall are releasing a new collaborative album on May 7 called The Marfa Tapes.

“Recorded in Marfa, TX,” Lambert said alongside a photo of the album’s cover art. “They’re raw. You can hear the wind blowing, the cows mooing… We wanted you to feel like you were right there with us, sitting around the campfire, escaping the world, disappearing into the music.”

On Friday (March 5) Lambert shared the album’s complete tracklist. It contains 15 songs, including re-recordings of “Tin Man” and “Tequila Does.”

The album’s first track is a new tune titled “In His Arms.” While fans have to wait a few more months to hear the rest of the songs, they can listen to “In His Arms” right now.

Lambert, Ingram, and Randall released “In His Arms” at midnight on March 5. In addition to releasing the song, they also shared an official video to accompany it.

The video shows the trio performing outdoors in Marfa, Texas. Lambert takes the lead on the song, which has her longing for a former flame.

“I’ve been a rolling stone, a tumbleweed. Waiting for the right one to come find me. But the wrong one always set me free. I wish I was in his arms tonight.”

Ingram and Randall provide backing vocals for Lambert at just the right moments. Their performance is raw and real, since the only instrument used is an acoustic guitar.

Head below to watch Lambert, Ingram, and Randall perform their new song “In His Arms.” We can’t wait to hear the rest of the material from their album!