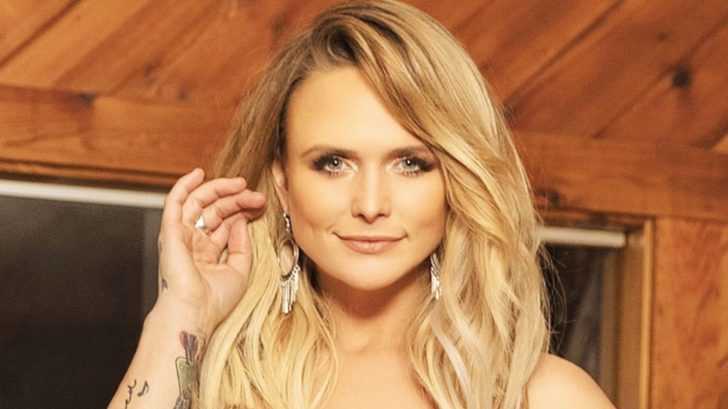 When speaking about her upcoming album, Miranda Lambert has said to expect to hear more of a rock and roll vibe. Based on the songs she has released so far, she’s staying true to that statement.

At CMA Fest in June 2019, she performed a never-before-heard song called “Locomotive” and released the official audio a month later in July.

Not only does she have a new sound for her untitled upcoming project, it seems she has a new look for it as well. In a teaser for another song titled “Mess With My Head,” Lambert posed in fishnet stockings and a gold bustier – displaying a sexier look than we’re used to seeing.

Mess with my Head is out now! This song is a departure from anything that I’ve done before. It has a real rock edge. Part of that comes from my co-writers, @LukeDick and @Wruckestrike, and the other part of that comes from spending time in New York City. Being there has put a new energy into my music and my writing.

Lambert continued this sexy streak with her latest Instagram post on August 13. She shared a photo of herself in a sexy, black tank top, wearing a red lipstick and a sultry look on her face.

The “Kerosene” singer wrote, “I’ve got something up my sleeve for y’all this week…”

The photo along with the tease in the caption made fans freak out, from wondering about what she could possibly be hiding from us (likely more music), to how hot she looked!

The something she had up her sleeve this week was an album! Lambert shared a snippet of a new song on Wednesday (Aug 15), writing, “Stay tuned…tomorrow.”

The official album announcement came on Thursday (Aug 15). It is titled Wildcard and will be released November 1! Lambert released the track listing, and also gave a preview of the title track.

Press play below to listen to a clip of “Wildcard,” and swipe right to see the track listing.

#Wildcard. Out Nov 1. (Preorder + Presave at link in bio)