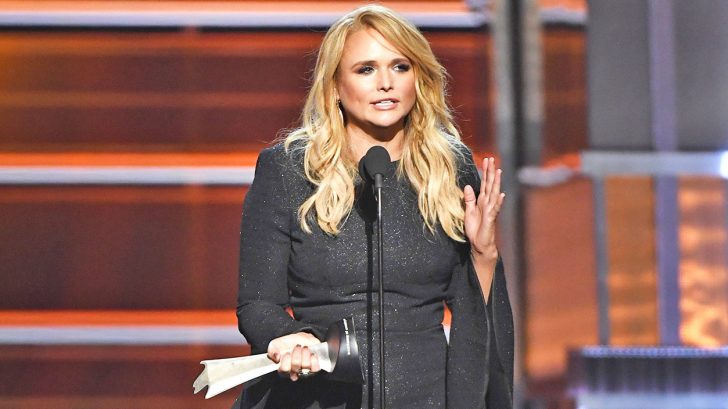 When the 53rd ACM Awards started on April 15, 2018, Miranda Lambert was tied with Brooks and Dunn for most ACM Award wins at 29. She was up for several awards, so if things went her way, she could make history with just one win – and she did.

The show’s host Reba McEntire came out after her win and made sure the audience was aware of the historic event.

But instead of just winning one award, she won three to add a little cushion! Now holding the record for most ACM Awards, Lambert went backstage after the show proudly holding all three trophies to address the press.

.@mirandalambert has won more ACM Awards than anyone . . . ever. pic.twitter.com/8ZI4c85z5b

She won two awards for Song of the Year, one as the songwriter and one as the artist, and for the ninth time in a row, she was crowned the Female Vocalist of the Year, bringing her total to 32.

Because of her close friendship to fellow Female Vocalist of the Year nominee Carrie Underwood, she was asked how she felt about her epic comeback performance, which was her first since her accident in November 2016.

“It makes me proud to be a woman in this industry when I see her sing up there and do that,” she said of Underwood.

Lambert didn’t stop there, though.

Singing Underwood’s praises, she also said, “She’s one of the greatest singers of all time in any genre of music and can sing me under the table. I say that every time and I will continue to say that, but I’m just proud of her and I know how strong she is and how hard she’s worked.”

And she’s not lying! At almost every awards show, she always raves about Underwood’s talents. Watch Lambert’s full backstage press interview below.