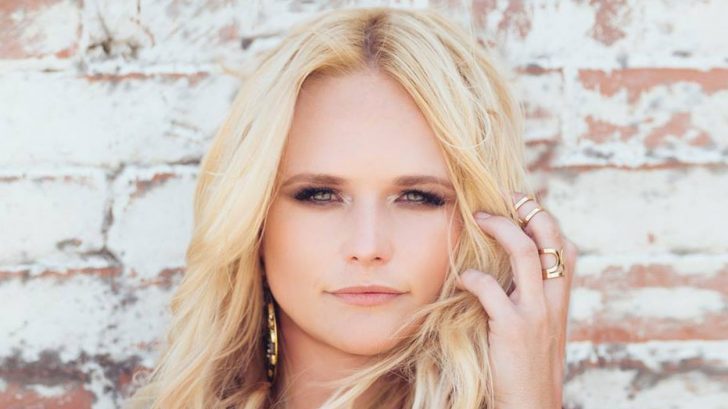 Miranda Lambert released one of the most personal albums of 2016. It was extremely anticipated not only because it was her first album since her 2014 critically-acclaimed album Platinum, but it was also her first release since her sudden divorce from Blake Shelton.

Titled The Weight of These Wings, the double album won the 2017 ACM Award for Album of the Year and is certified platinum by the RIAA. The album includes emotional and personal songs like “Tin Man” and “Vice,” as well as sassy, fun tunes like “We Should Be Friends” and “Pink Sunglasses.”

Since this was her first record since her public split from Shelton, many have categorized it as a “divorce album.” But just because she wrote about heartbreak, among other things, does not necessarily mean The Weight of These Wings is only about her divorce.

She continued, “I didn’t make a divorce record…Divorce isn’t a big enough deal to deserve an entire record. It’s part of the story, but I found happiness and playfulness on this record. It’s a little dramatic to call it a divorce album.”

Although her personal life is always a topic of interest, Lambert, who is normally a pretty private person, remains positive.

“Right now, I’m just living life,” she says. “I have to live to find inspiration. Art imitates life and vice versa. I want to exist and have fun. I want to manage my way through every day and gather inspiration.”

She found love after heartbreak with singer Anderson East and seems extremely happy with him.

About to watch this Hottie @andersoneast on @todayshow! #happyalbumreleaseday #? #Encore

Watch her perform one of her most personal song from her album, “Tin Man,” in the video below.