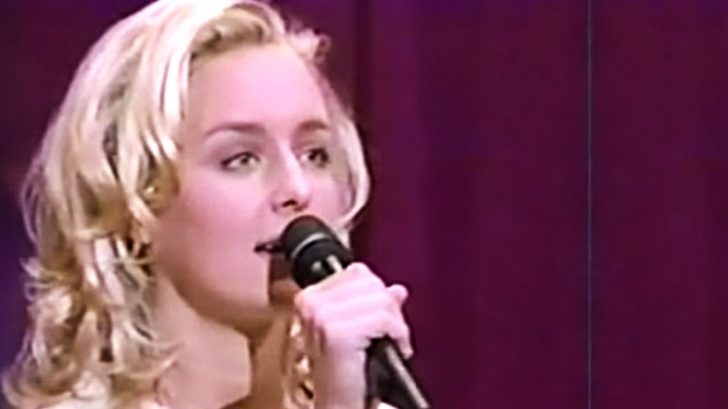 In one of the few live performances available, she dazzles the crowd with her voice while she helps find a cure for the Muscular Dystrophy Association.

Bringing her unforgettable hit song to life in this one-of-a-kind live performance, country star Mindy McCready is overcome with emotions throughout her breathtaking performance.

Singing during the live telethon, McCready experiences extreme joy seeing the pledges and donations come in from all over the country, knowing that she’s helping so many people with a very difficult disease.

“Ten Thousand Angels” was a perfect choice for this charity fundraiser and it’s clear by the expressions on her face that McCready realizes just how much of an impact her performance has on the viewers.

This 1996 single is one of four that helped bring her stunning debut album to the top of the charts and brought her great success in the country music industry.

While she is no longer with us, her music will forever live on as the legacy of her incredible talent.

Watch this rare live recorded performance in the video below.