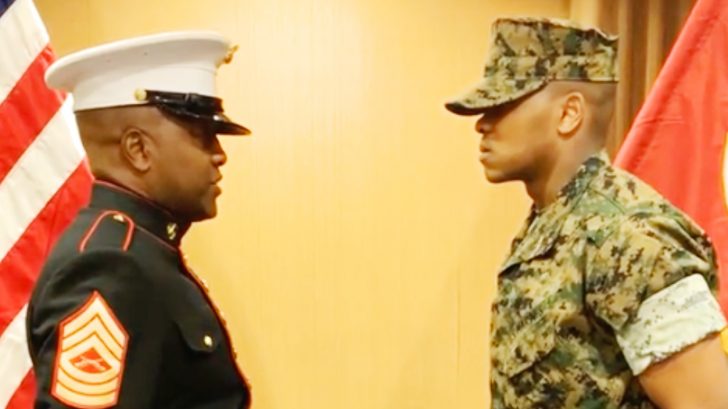 On Tuesday, Master Sgt. Michael Fisher of the United States Marines shared an emotional moment with his son on the popular social media platform TikTok.

The video documented a touching moment between Fisher and his son, who was clearly inspired by his father to join the military. Fisher had the honor of giving his son his first salute as a second lieutenant out of Officer Candidate School.

“I’ve watched you grow and mature and become the man that you are today,” Fisher began his speech in the clip.

As Fisher continued to speak during the ceremony, the proud father began to become emotional. By the end of his speech, viewers could tell that Fisher was holding back tears as he congratulated his son.

“It is a privilege to render you your first salute,” Fisher explained in the video. “But it is a greater honor to say congratulations, sir.”

The viral video has already hit 3 million views on TikTok and has received over half a million likes.