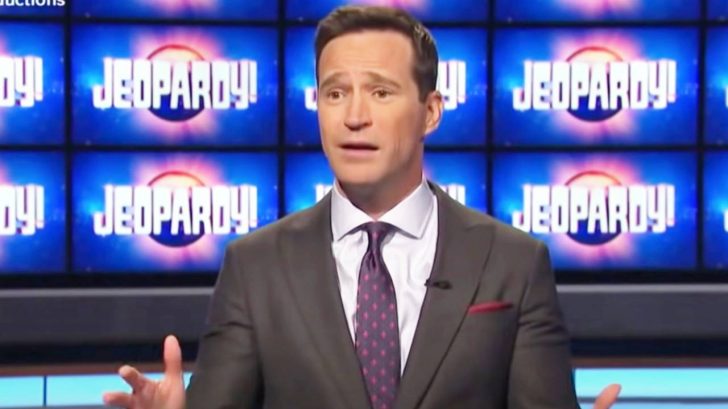 On August 11, it was announced that Mike Richards would be taking over as the show’s permanent host. At the time, Richards served as the executive producer of both Jeopardy! and Wheel of Fortune. It was also announced that Bialik would serve as the host of primetime Jeopardy! specials and a potential spinoff series.

Just nine days later, Mike Richards stepped down from his brand-new hosting gig following renewed publicity around his past lawsuits from work on The Price Is Right along with offensive jokes made on a podcast were brought up in the media. Read all about that here.

While Richards stepped down as host, he remained as an executive producer. That is, until he was fired from that post as well on August 31st.

Before leaving his hosting role, Richards had filmed five episodes, which is equivalent of one day of taping. Instead of scrapping those episodes altogether, the show will be airing them before Bialik steps back in a host beginning September 20-October 8. After that, guest hosts will once again be gracing the screen until they find a permanent host.

The promos for the September 13th episode, which was the season premiere, did not include Richards at all. Instead it centered around 19-time champion Matt Amodio.

This is why you will be seeing Richards on your television screens for the week of September 13-September 17.

Matt Amodio is only 1 game away from tying with 20-game winner Julia Collins! Will he win his next game? pic.twitter.com/pHQ5FPoy9Z