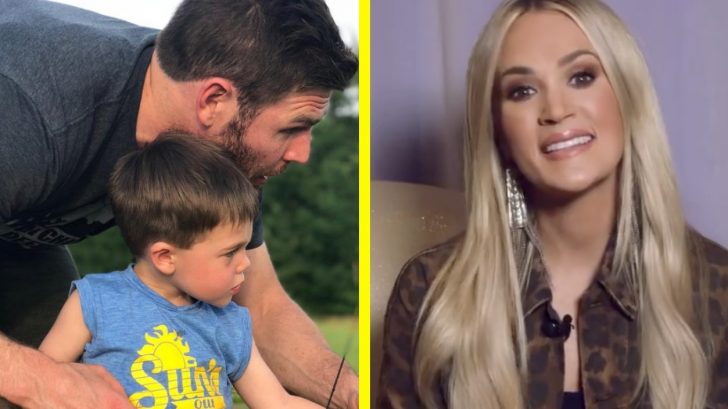 Carrie Underwood and her husband, retired hockey great Mike Fisher, have never shied away from sharing their faith. In fact, Mike has made it clear that without his faith, his successful hockey career would mean nothing.

“As a kid, all I ever wanted to do was play in the NHL,” Fisher said last year during a stop in Shreveport for the Shreveport Mudbugs’ “Pucks and Prayers” event. “I realized chasing all these goals and dreams were great, but if I didn’t have a relationship with Jesus, the NHL didn’t mean anything.”

He heavily relied on that relationship with Jesus to get him through the emotional roller coaster that came with his retirement from the NHL. Fisher, who played 17 seasons in the National Hockey League, realized that with age comes a realization that you want your true identity to be something deeper than just your talent.

“That part of my life is done,” said Fisher. “As you get older, you never want your identity to be caught up in hockey – especially for me, it’s all I’d ever done. There is so much more to life than that. When it all ends, you try to figure out, ‘Well, what am I going to do; what’s your purpose.’”

Now that Mike and Carrie are parents of two sons, it’s important to them to be an example and share their faith with them. If the couple’s social media posts are any indication, they’re doing a tremendous job of passing their beliefs on to their children.

On the evening of Easter 2019, Fisher shared an adorable, heartfelt moment that he shared with his 4-year-old son Isaiah. The moment came at the end of the Easter holiday as Mike was putting his son to bed. As Isaiah said his bedtime prayer, he concluded by saying, “Jesus, thanks for going in the tomb and thanks for getting out all by yourself.”

Isaiah’s bed time prayer finished with “Jesus thanks for going in the tomb and thanks for getting out all by yourself” ?