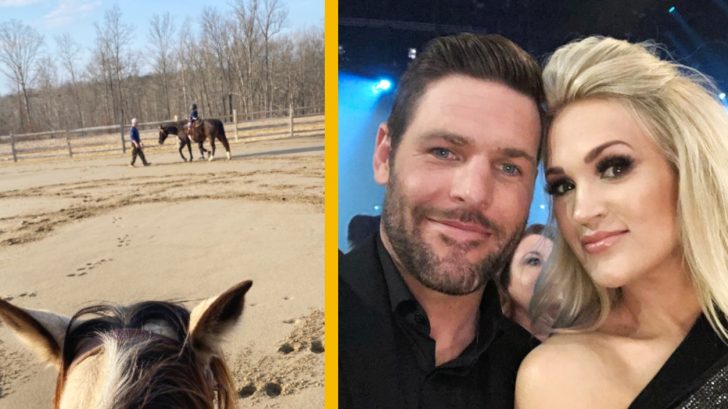 Carrie Underwood and Mike Fisher’s oldest son is well on his way to being a cowboy.

On Wednesday, the former NHL player shared a photo of his son, Isaiah, with fans. In the picture, Fisher sat on a light brown horse while his son received horseback riding lessons. Two instructors guided the five-year-old as he sat on a gentle-looking horse, and it was clear that Fisher could not be more proud.

“Izzy getting some lessons!” Fisher wrote on his Instagram. He also included the hashtag, “Soon to be a cowboy.”

Isaiah has checked off an impressive number of bucket list items over the past year. Besides learning how to ride a horse, the five-year-old also made his singing debut alongside his mother on Underwood’s My Gift album. The mother and son duet was touching for fans and even sparked speculation that Isaiah would soon follow his mother’s footsteps as a recording artist. In an interview with The Drew Barrymore Show, Underwood shared that they would always support Isaiah, but the “Cry Pretty” singer added that it was a little early to jump to conclusions about Isaiah’s career.

“We’re supportive of whatever he wants to do,” Underwood assured fans at the time.

See Isaiah’s latest adventure in the photo below.

For more on Fisher and Underwood’s family, check out the following video!