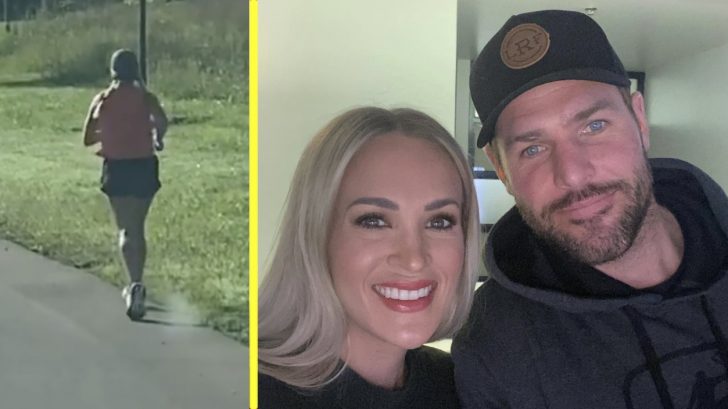 Apparently, retired hockey player Mike Fisher enjoys pranking his wife, Carrie Underwood. And it seems that his prank of choice is honking his truck’s horn which he had fashioned with a train horn while she is walking or running on the street.

Back in May 2021, Fisher posted a video of him and a buddy driving when they saw Underwood and her friend, nutritionist Cara Clark, walking down the street.

Fisher honked his horn, scaring both ladies and causing Clark to actually jump! Underwood definitely was startled and then turned around immediately to scold her husband – hilarious!

Over a year later, Fisher attempted the prank again while his wife was out for a solo run and shared the encounter on Instagram once again.

As she was running, Fisher snuck up behind her and honked his horn extremely loudly. She turned around and shook her finger at him and he laughed diabolically in the car. As she kept jogging, they got to a fork in the road and she ran in the middle of the street so he couldn’t get by her. Guess that was her form on payback!

Watch it all go down in the video below.