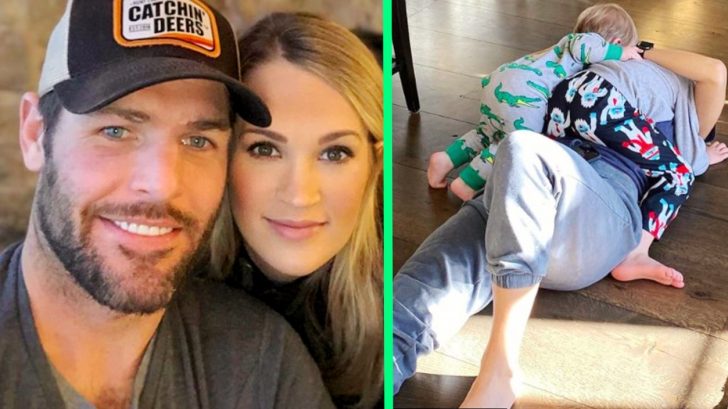 2020 has already been a year full of celebrations for Carrie Underwood!

Soon after celebrating Isaiah’s birthday, Carrie took off to promote her new book, Find Your Path. The book, which is about fitness and healthy living, was released on March 3.

Excited to pick up a copy of the exclusive version of my new book #FindYourPath now available at @Target! #BonusChapter #IHeartVeggies

Carrie’s husband, Mike Fisher, gushed about the book’s release on Instagram. He posted a photo of the book along with a sweet message showing how proud he is of his wife.

“So proud of @carrieunderwood for putting so much into this book! She inspires me daily to be healthy and take care of myself!” he wrote.

So proud of @carrieunderwood for putting so much into this book! She inspires me daily to be healthy and take care of myself! check it out you won’t regret it! #findyourpath @fit52

A few days later, Mike expressed even more appreciation for Carrie in another post on Instagram. Only this time he was posting in honor of her birthday!

But Mike’s birthday note was definitely the sweetest, and came with an adorable picture to boot.

Mike shared a snapshot that shows Carrie being tackled and hugged by their two sons. You can’t see Carrie, Isaiah, or Jacob’s faces, but the photo still makes it clear the moment was a joyful one.

In his note, Mike let Carrie know how much she is loved, writing, “Big hugs to momma bear on her special day. We love you so much! Happy birthday.”

You can see Mike’s post and the picture he shared below.

Big hugs to momma bear on her special day. We love you so much! Happy birthday @carrieunderwood

Mike and Carrie are selective when it comes to sharing photos of their sons. Sometimes, when they post pictures of them, they’ll only show the backs of their heads or the sides of their faces.

We’ve had the chance to see a little more of Isaiah in recent years, since he is much older than his little brother Jacob. He even attended the unveiling of Carrie’s star on the Hollywood Walk of Fame in 2018.

You can watch some clips from Isaiah’s appearance at that event below. He’s such a cutie!

We hope Carrie had happy birthday and wish her continued happiness throughout the year.