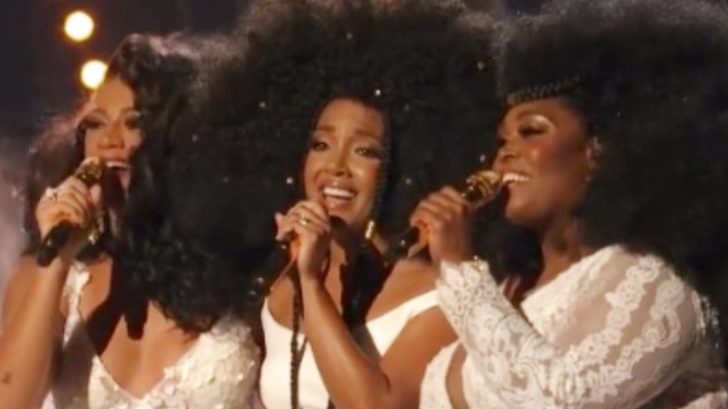 2021 has been a big year for Mickey Guyton. It all started with her being nominated for Best Country Solo Performance at the Grammy Awards for her performance of “Black Like Me.”

After that, Guyton went on to be nominated for New Female Artist of the Year at the ACM Awards. She also co-hosted the awards ceremony with Keith Urban.

In September, Guyton released her debut album Remember Her Name. The album received glowing reviews, and reached the seventh spot on the Heatseekers Albums chart.

A few weeks before Remember Her Name was released, Guyton learned she had been nominated for New Artist of the Year at the 2021 CMA Awards. She also got the chance to perform during the ceremony.

Guyton used her performance during the CMA Awards to showcase “Love My Hair,” one of her most personal songs from Remember Her Name. She was joined on stage by Brittney Spencer and Madeline Edwards.

The trio delivered a powerful performance that surely resonated with many people watching. It was one of the most emotional performances of the night, without a doubt.

Head below to watch Guyton, Spencer, and Edwards shine during their performance at the 2021 CMA Awards. What a collaboration!