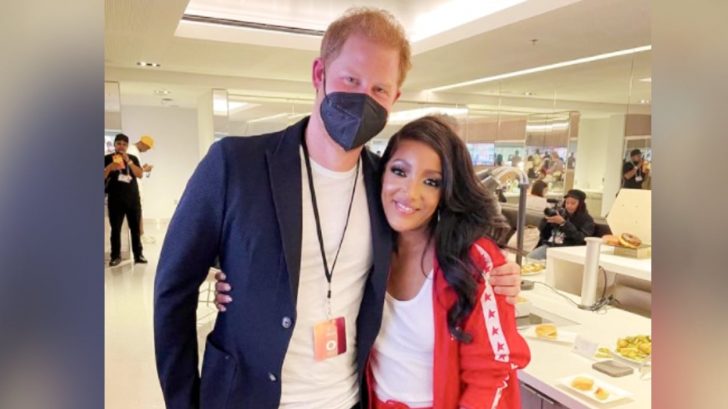 Another famous figure who turned up to watch the Super Bowl was none other than Prince Harry.

As one of the VIPs of the night, Mickey got the chance to meet Prince Harry behind the scenes at the Super Bowl.

The “Remember Her Name” singer shared a photo she and Prince Harry took together. She shared what it was like to meet him, saying, “I met Prince Harry. He was just lovely.”

Mickey wanted to greet Prince Harry in the proper royal fashion. Referencing her red and white track suit she was wearing at the time of their meeting, she said, “I even curtsied in my track suit.”

Look below to see the photo Mickey and Prince Harry took together.

If you missed Mickey singing the National Anthem before the Super Bowl, you missed one outstanding performance. She earned a wealth of praise for her rendition, with many viewers calling it one of the best they’ve seen in years.

Click here to see the video that captures Mickey’s National Anthem performance in its entirety. It’s obvious how much that performance meant to her.