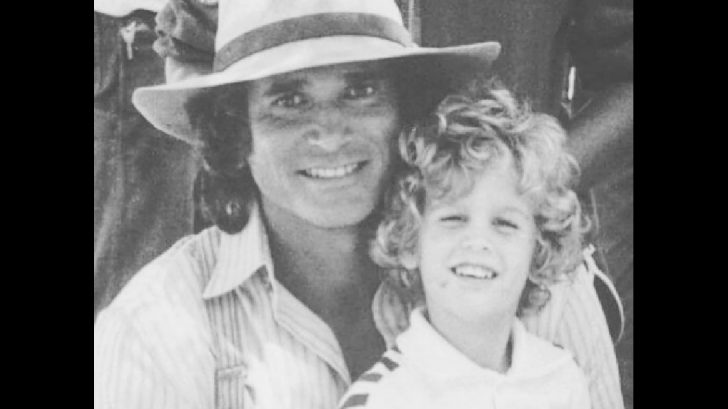 It’s been 30 years since beloved actor Michael Landon passed away after a brief battle with pancreatic cancer. His son, Christopher, paid tribute to his father with a touching post on social media on the anniversary of his death.

Michael Landon had a Hollywood career that many actors only dream of. Landon is best known for his roles as Little Joe Cartwright in Bonanza, Jonathan Smith in Highway to Heaven, and the role that endeared him to fans spanning four decades….Charles Ingalls in Little House on the Prairie.

Landon was married three times, and was well loved by each of his nine children. Unfortunately, Michael’s life came to a heartbreaking end when he died at 54 from pancreatic cancer. One month after his diagnosis, he appeared on The Tonight Show Starring Johnny Carson. In the interview Landon spoke about his cancer fight and called out the press for “sensational headlines and inaccurate stories.

A short time later, the actor underwent successful surgery for a dangerous blood clot in his left leg, and appeared on the cover of Life Magazine, granting the publication an exclusive interview about his life, his family, and his struggle to live. Less than a month later, on July 1, 1991, Landon died in Malibu, California.

Christopher Landon, who followed in his father’s Hollywood footsteps, was just 16 years old when his father passed away. The two were close as Christopher lived with Michael after his parents divorced when he was 4-years-old. On the 30th anniversary of Michael Landon’s death, Christopher honored him by sharing a photo of them together and a post that revealed how he is keeping a promise he made to his father.

“We said goodbye 30 years ago today. Blows my mind how fast time goes. But I kept my promise and have lived and loved as hard as I can. Until we meet again. ❤️,” Christopher wrote.

Michael and Christopher appeared together in a television commercial for Kodak in 1981. Check it out below.