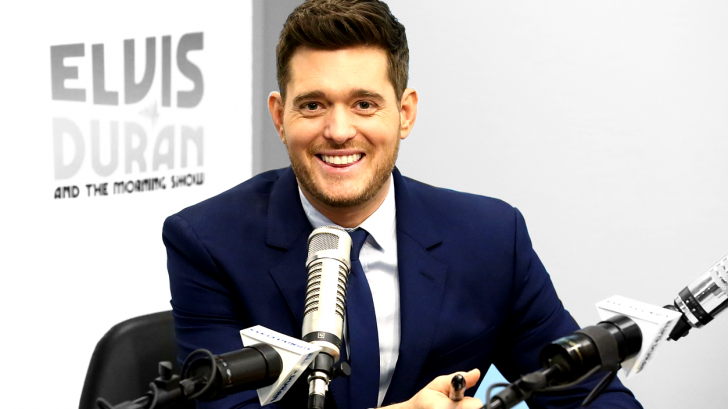 One of the most famous Canadian singers has spilled the beans on his forthcoming third baby – and it’s one of the biggest updates he has given so far!

Michael Buble and wife Luisana Lopilato first announced to the world that they were expecting their third child back in February 2018, but did not reveal a due date at that time. The pair are already parents to four-year-old Noah, and two-year-old Elias.

Elias was born in January 2016, and in November of that same year Noah was diagnosed with cancer. Upon his son’s diagnosis, Buble stepped away from his work for an undetermined amount of time to focus more on his family.

A year later, Buble explained that Noah was “doing very well” after his treatment and his wife even added “the worst is over.”

We'll be brining you the FULL show on Monday morning from 7am – don't miss it! pic.twitter.com/NxWJ2YwnkE

Now, Buble is back to touring and promoting his shows with local radio stations. In February, the pair revealed they were expecting – and now we finally know when Luisana will give birth and the baby’s gender!

Already parents to two adorable little boys, it appears that this family will be breaking the pattern and welcome a baby girl in just three weeks’ time!

Talking to Ian Dempsey of Ireland’s Today FM Breakfast Show, Buble revealed that he and Luisana are going to have a sweet baby girl on their hands in just a short while.

“I’ve got my first little girl coming in three weeks, and I’ve actually never said that before in public,” he said on air with great excitement. “I’ve got a daughter coming.”

We couldn’t be happier for these two and their blossoming family!

Watch Michael Buble talk about singing to baby bumps in the video below!