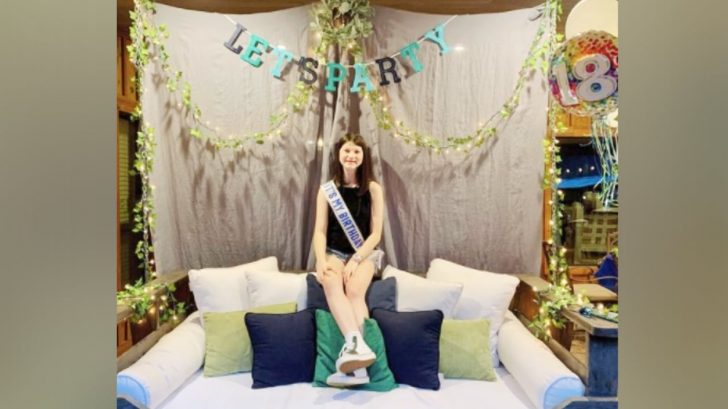 Jase and Missy Robertson have three children: Reed, Cole, and Mia. People got the chance to watch all of them grow up on the reality show Duck Dynasty, which ran from 2012-2017.

Mia, who is the youngest of Jase and Missy’s kids, touched people’s hearts with her inspiring story. She was born with a cleft lip and palate, and has undergone many operations as a result.

Despite her young age, Mia always remained strong whenever she faced a challenge. After Duck Dynasty ended, the show’s fans have kept up with Mia’s life by following her parents on social media.

Earlier in 2021, Mia underwent her most extensive operation ever The six-hour surgery involved breaking her upper and lower jaws on each side and reseting them in an effort to improve both Mia’s overall health and her speech.

The surgery was a success, and Mia has been doing well ever since!

Just a few months after her surgery, Mia celebrated another major moment in her life…her 18th birthday!

“18! How is this happening?” Jase wrote on social media alongside a photo of Mia smiling in front of her birthday party decorations. “We love this girl! Happy birthday, Mia! Now, let’s party!”

Missy also acknowledged Mia’s birthday on social media. She shared even more photos from her party and other birthday festivities. It looks like they had lots of fun celebrating Mia’s special day!

“We celebrate this amazing young lady today. @miarobertson1 is 18 years old,” Missy said. “So many emotions when your youngest is officially “grown”! Happy birthday, Mia! You are so loved.”

Check out the photos Missy shared for Mia’s birthday below. We hope she had the happiest day!