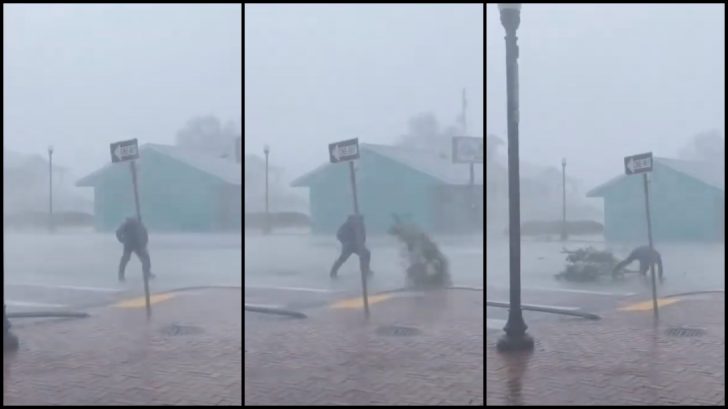 Jim Cantore isn’t known as “the rock star of meteorologists” for no reason.

The seasoned weather veteran is known for his relatability and fearless approach to disaster coverage. Cantore, 58, started working for the Weather Channel upon graduating from college. He’s been employed there ever since and has become one of the most recognizable meteorologists on television.

As Cantore’s popularity grew due to his coverage of some of the severest of natural disasters, his appearance at different locations is often seen as a sign of impending doom. As Hurricane Ian approached Florida this week (September 27), photos of Cantore were posted all over social media as Floridians spotted him checking into a hotel prior to the storm’s arrival.

In true Jim Cantore fashion, the meteorologist took to the streets Wednesday as Hurricane Ian wreaked havoc on Florida.

Just as he had done in numerous storms before this one, Cantore stood in the rain-soaked streets of Punta Gorda. Donning a baseball helmet, he fought to remain upright against the force of the winds.

A video shared by Joel Franco showed the moment a tree branch was thrown down the street and struck Cantore in the feet, temporarily tripping him up.

“You know what, I think I’m just going to come in here for a second,” Cantore said as he streamed live for the Weather Channel. “Just give me a second. I’m fine.”

Cantore made his way to a street sign that he grabbed to stabilize himself against the estimated 110 mph wind gusts. The stop sign behind him is seen completely bent over by the wind.

“I just went a couple rounds with Rocky Balboa,” Cantore says after making it to the safety of a nearby building. He reports that he and his crew are “all good.”

Another clip captured during a Weather Channel broadcast shows Jim frightened by a nearby lightning strike. Cantore is obviously startled when a loud clap of thunder is heard as he jumps and begins making his way across the street.