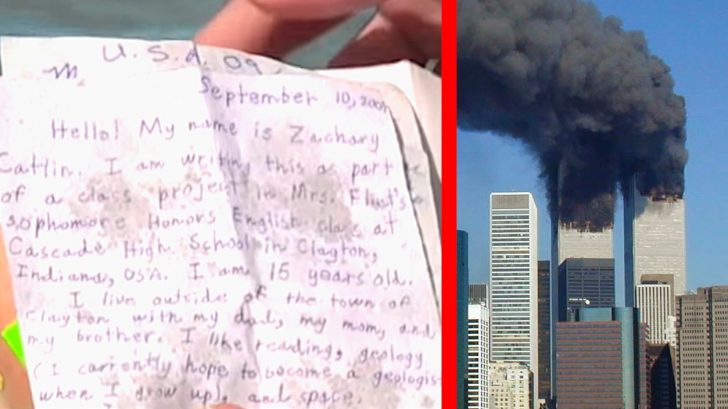 On the morning of September 11, 2001, America was changed forever. As loved ones were lost and hearts were broken, the nation struggled to understand the hatred that had just torn through our country. But just one day before, the world seemed a much simpler place.

As the sun rose over the New York City skyline on Tuesday, September 11, citizens from Manhattan to Brooklyn began their day as they usually do – coffee runs, subway rides and school drop-offs. But at 8:46 am, a nightmare unfolded right before America’s eyes. An American Airlines Flight (11) crashed into the North Tower of the World Trade Center. As bystanders and city-goers struggled to understand the cause behind the horrific crash, another plane came roaring through the clouds hitting the South Tower of the World Trade Center.

It was soon discovered that two more planes were out for attack in both Washington, D.C. and Pennsylvania – one making its way to the Pentagon.

It was then confirmed that America was under attack.

But just 24 hours before the attacks, in Clayton, Indiana two high school students were dreaming of brighter days ahead.

Amy Gasaway and her daughter, Amanda Butler were taking a stroll on Lake Michigan near Grand Rapids when they found a unique piece history floating in the water. The mother-daughter duo often enjoy finding “little trinkets” around the area, but they couldn’t have ever imagined this one.

Gasaway told to FOX 17 that they were just going through debris when they spotted a Pepsi bottle with a yellow cap. Catching their eye, they grabbed the bottle and noticed a note inside that read “open me.” Gasaway explained,

“So, as we got in to open it we found a class project for an AP class of English out of Clayton, Indiana.”

According to CBS, the project included three letters – the first being from an Honors English teacher named Diane Flint of Cascade High School. In the letter, Flint wrote that two of her students had these notes in hopes that someone would send a message back.

Those students, Zachary Catlin and John Thomas were both 15 at the time and wrote about their dreams and hobbies. Catlin wrote about his dream of becoming a geologist while Thomas wrote about his love for playing guitar and sleeping.

While Gasaway and Butler read the letters, they quickly realized the date on the letters read: September 10, 2001. Gasaway told FOX,

“I’m sure they had no clue whatsoever how the world was about to change in front of them.”

She continued, “It really makes you wonder you know, what these young men have gone through since then. There’s been a lot of changes since 9/11 since they wrote these.”

The mother-daughter duo hopes that they will find the writers of the letters and see how their lives turned out today.

You can watch the the video below.