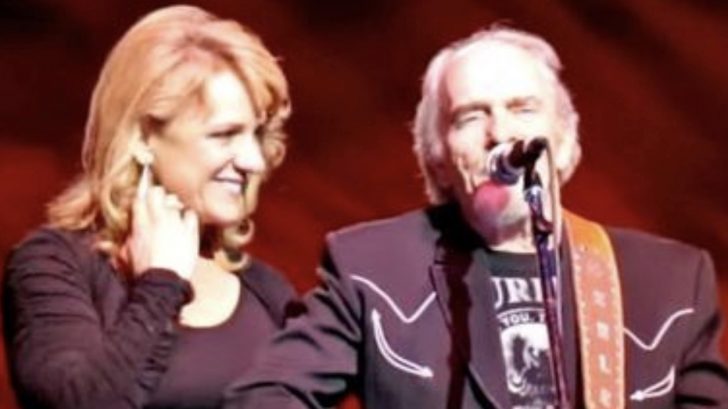 On April 6, 2016, the world lost a legend when Merle Haggard passed away. He was dealing with health issues for a few months and kept rescheduling concerts in the beginning of 2016. He cancelled all his April 2016 shows due to his ongoing double pneumonia. Haggard passed away on his 79th birthday surrounded by his loved ones.

“A week ago dad told us he was gonna pass on his birthday, and he wasn’t wrong,” his youngest son Ben Haggard wrote on social media. “A hour ago he took his last breath surrounded by family and friends. He loved everything about life and he loved that everyone of you gave him a chance with his music. He wasn’t just a country singer.. He was the best country singer that ever lived.”

Since his passing, his absence has been felt, but his sons have been keeping his legacy alive touring with his legendary band, The Strangers.

On the sixth anniversary of Merle’s passing, his wife of over 22 years, wrote a heartfelt tribute to her late husband on his official social media pages.

She shared a photo of her and Merle making silly faces, which is a side of Merle we rarely got to see. He was a stoic man in the public eye.

“To all the fans and family that loved Merle, today is that special day that Merle was called home,” she wrote. “That is one thing we cannot control in our lives is when it is our time to die. It seems like only yesterday we lost this man that I loved and you all loved so well. He is surely missed by me and our kids.”

Theresa continued, “I know he is also missed by you. So play a song for the man today that touched us all so many times with his music and with his ❤️ I miss you Merle, every single day. You’re everywhere I look and everything I hear! I know we are only apart for awhile.”

This isn’t the first time she’s penned heartfelt tributes to her late love.

She will always miss Merle, and so will we. See her tribute below.