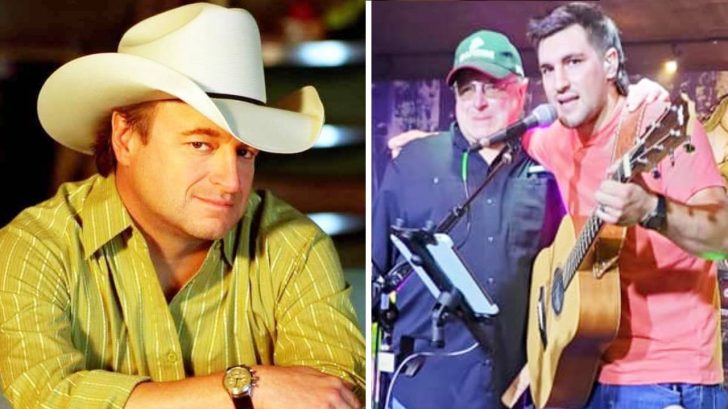 Mark Chesnutt has eight number one songs to his name including : “Brother Jukebox,” “I’ll Think of Something,” “It Sure Is Monday,” “Almost Goodbye,” “I Just Wanted You to Know,” “Gonna Get a Life,” “It’s a Little Too Late,” and a cover of Aerosmith’s “I Don’t Want to Miss a Thing.”

Not only is Chesnutt a bonafide country star who has worked with artists such as George Jones, Tracy Byrd, Vince Gill, and Alison Krauss, but he’s also a father to three sons – Waylon, Casey, and Cameron.

Chesnutt is a proud dad and often posts about his sons’ accomplishments. Recently, he has been sharing more and more about his middle son, Casey, who was a Sergeant in the marines.

Turns out, Casey is also a talented singer! He’s even shared the stage with his famous father recently.

Chesnutt shared his son’s debut single “Even Texas Couldn’t Hold Her” on his Facebook page in May.

Turns out, Casey has a few other songs he has recorded that he released in an EP titled Down Mexico Way.

Check out more of his music below.