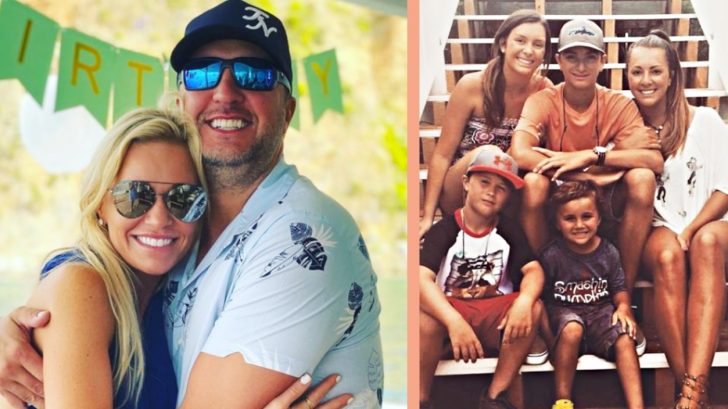 Luke Bryan is a father to five kids, but how well do you know Jordan, Kris, Til, Bo, and Tatum?

After the tragic death of Luke’s sister in 2007 and her husband in 2014, Luke and his wife, Caroline, made the decision to take in their nieces Jordan and Kris and nephew Til. Luke and his wife were already parents of two sons, Bo and Tatum, and unexpectedly, Luke’s household became a family of seven overnight. Since then, Luke and his wife have become closer than ever and regularly share their hilarious family pranks and adventures with fans.

Jordan is the oldest of the bunch. She also recently got got married and had her first baby!

Kris is the middle child of the Cheshire siblings. Kris regularly documents her life on Instagram, including plenty of sibling snaps and photos of her long-term boyfriend. When Kris is not hanging out with her friends, she is partying on the American Idol dance floor with her sister and aunt.

Til was born in Nov. 2001 and is the youngest of the Cheshire clan. Til is currently enrolled at the University of Georgia. In his downtime, Til enjoys hunting with his uncle and fishing in the countryside.

Luke and Caroline welcomed their first child on March 18, 2008. He loves hunting and fishing. He has also already made his debut appearance as an actor in one of his father’s music videos. You can watch Thomas and his brother in the music video for “What Makes You Country.”

Tatum is the youngest of the Bryan-Cheshire clan. Tatum was born on Aug. 11, 2010, and he is very close to his brother and cousins. After being away at college, Til surprised Tatum with an emotional hometown visit for his 10th birthday.

Learn more about Luke Bryan’s tight-knit family in the video below!