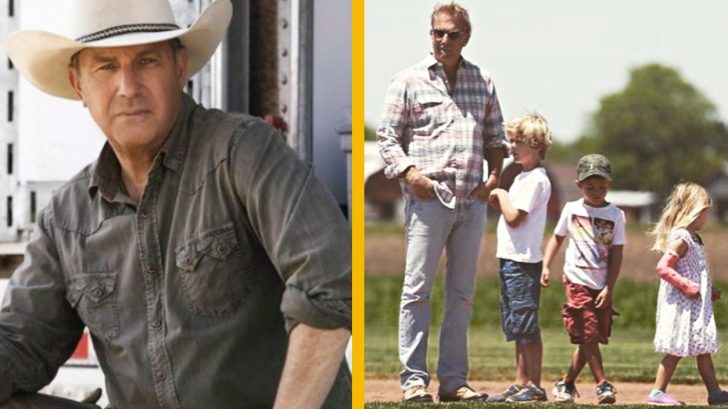 Fans know Kevin Costner from his string of successful movies and the hit television show Yellowstone, but outside of acting, Kevin balances a large blended family.

Kevin is the father of seven children from three different relationships. Some of the children have followed their father into Hollywood careers, while others have indulged in privacy.

Kevin and his first wife, Cindy, welcomed their first child, Annie, in 1984. The 36-year-old made a career in Hollywood as an actress, director, and producer. According to IMBD, the actress is currently filming a documentary called Mother.

Kevin and Cindy welcomed a second daughter in 1986. While the 34-year-old is also an actress, Lily also inherited her father’s singing abilities. In 2019, Lily joined her dad on the song “Heaven’s Gate.”

Six years before Kevin and Cindy divorced, the couple welcomed their youngest son, Joe Costner. The 33-year-old also followed in his father’s footsteps and obtained work as an actor. He is known for his work in The Postman and Tin Cup.

Following Kevin’s divorce from Cindy, Kevin began dating Bridget Rooney. The two later welcomed their son, Liam, in November of 1996. Unlike Liam’s older siblings, the 25-year-old has yet to begin a career in the film industry. Instead, Liam stays out of the spotlight and lives a private life.

Cayden is the eldest son born to Kevin and his current wife, Christine Baumgartner. The 13-year-old has yet to show interest in Hollywood, but he has joined Kevin on the red carpet several times.

Hayes is Kevin and Christine’s middle child together. Hayes was born in February 2009 and is just 11 years old.

Grace is Kevin’s youngest child. She was born in June 2010 and will turn eleven this year. Unlike Kevin’s older kids, Grace and her brothers are less aware of what their father does for a living.

Learn more about Kevin’s family life in the video below!