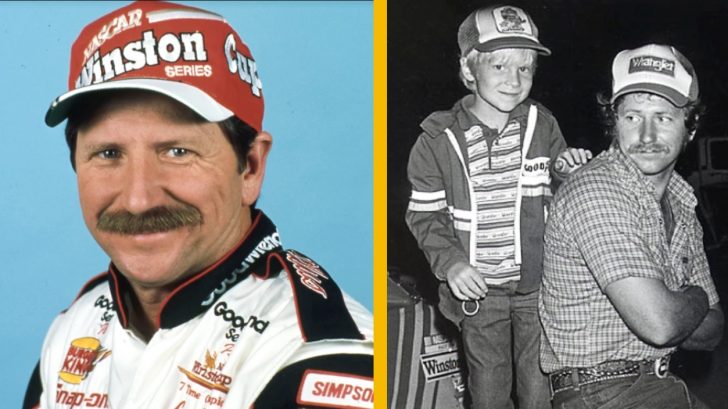 It’s been two decades since Dale Earnhardt Sr. tragically passed away in a final-lap crash during the Daytona 500.

Earnhardt Sr. remains one of the most legendary NASCAR drivers of all time, and his children have kept his legacy alive. Earnhardt Sr. married three times and welcomed four children.

After dropping out of high school, Earnhart Sr. married his first wife, Latane Brown, at 17. A year into their marriage, the pair welcomed Kerry on Dec. 8th, 1969. Kerry followed in his father’s footsteps and pursued a career in racing. After years of struggling in NASCAR and competitive racing, he transitioned into other career fields, such as entrepreneurship.

In 1970, Earnhardt Sr. split with his first wife, Brown, but he soon found love again with Brenda Gee. The two married in 1971 and welcomed their first child, Kelley, the following year. Kelley has also made a career out of NASCAR, but instead of racing, Kelley is the vice-president of racing team JR Motorsports, which she co-owns with Dale Earnhardt Jr.

In 1974, Earnhardt Sr. and Gee welcomed their son, Dale Earnhardt Jr. Like his older brother, Earnhardt Jr. also carried on the racing tradition, and he is now a semi-retired professional stock car driver. Earnhardt is also an author, podcast host, and analyst for NASCAR on NBC.

After Earnhardt Sr. split from Gee, he married his third wife, Teresa. The two welcomed a daughter, Taylor Earnhardt, in 1988. Taylor is now a professional rodeo performer and a cattle rancher.

Whether horses or horsepower, all of Earnhardt’s kids have kept their father’s legacy alive. For more on Earnhardt Sr., check out the video below.