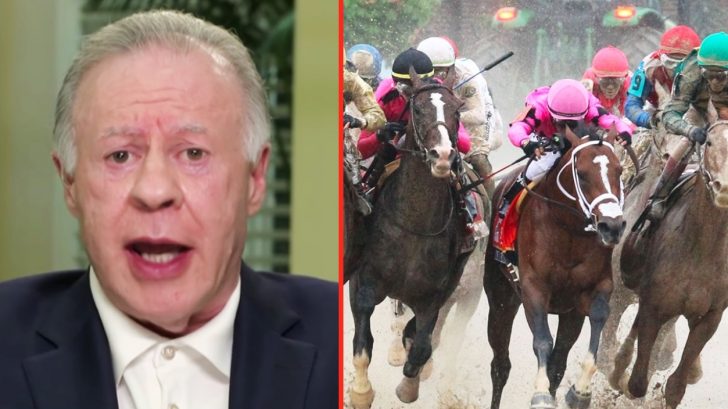 Thousands of people around the country watched the Number 7 horse, Maximum Security, cross the Kentucky Derby finish line first on Saturday (May 4) by 1 3/4 lengths. He had 9-2 odds of winning, and was a pre-race favorite to win the whole thing.

People who bet on Maximum Security to win, place, or show were ecstatic when the race came to a close! If some of them were like us, they probably left whatever Kentucky Derby viewing party they were at feeling like a winner.

Minutes after the race finished, two jockeys filed objections saying Maximum Security impeded their paths, as well as several other horses. Race stewards quickly took it under review and determined that their claims were valid, forcing them to disqualify Maximum Security. This was the very first time a winning horse was disqualified from the Kentucky Derby for interference.

The second place horse, long-shot Country House, got bumped to first place. At 65-1 odds, he is the second-biggest long-shot to ever win the Kentucky Derby.

Many news sites had to issue corrections on articles that had been published, including The Washington Post.

Frustrated with the ruling, Maximum Security’s co-owner Gary West filed an appeal to the Kentucky Derby was ultimately denied. He told Fox News he filed the appeal because “rules were not appropriately applied.”

West also said he will “file a lawsuit in the appropriate jurisdiction,” according to Fox News.

Well, as of Tuesday (May 14), he has officially filed a lawsuit against “the Kentucky Horse Racing Commission, and its members, staff and the stewards” who disqualified Maximum Security, according to the Lexington Herald Leader.

In the lawsuit, West called the disqualification “bizarre and unconstitutional” and wants the decision overruled, making Maximum Security the winner of the Kentucky Derby. He also wants $3 million in Derby prize money redistributed to him, his horse trainer John Servis and jockey Luis Saez.

“As a result of the disqualification, plaintiffs, the trainer, and the jockey of Maximum Security were denied any part of the (winner’s) $1,860,000 share of the Derby purse as well as a professional accomplishment that any horseman would cherish for life, plus the very substantial value that a Kentucky Derby winner has as a stallion,” the lawsuit claims.

Kentucky racing stewards issued a ruling against Saez on Monday (May 13) for his disqualifying Kentucky Derby ride. They suspended him for 15 racing days, from May 23 through June 14, for “failure to control his mount and make the proper effort to maintain a straight course thereby causing interference with several rivals that resulted in the disqualification of his mount.”

You can read the entire official ruling here.

Watch West’s initial reactions to the disqualification below.