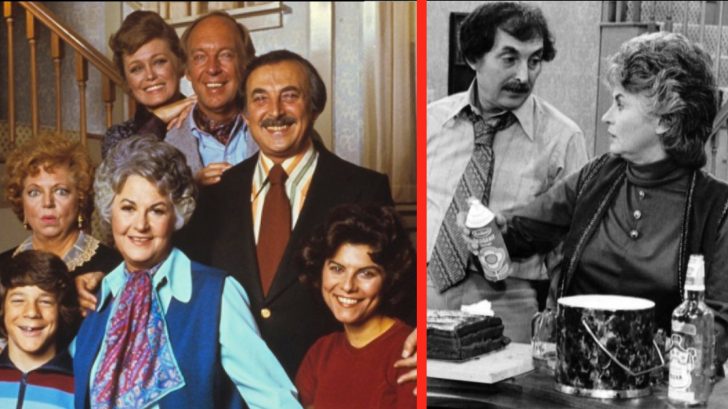 The man known to the world as Walter Findlay on the hit 70s sitcom Maude starring Bea Arthur as his wife, has sadly passed away this week, at the age of 97.

Bill Macy, an actor who starred in a wide range of TV series and movies from 1966 until 2010. Beyond his starring role in Maude with Bea, he also had recurring roles in All In The Family (from which Maude was a spin-off), 1979’s The Jerk, and 1999’s Analyze This alongside Billy Crystal and Robert De Niro.

In a Facebook post announcing the passing of this longtime actor and TV star, his friend, producer, and manager, Matt Beckoff, shared his condolences and some candid photos of the late star.

“My buddy Bill Macy passed away at 7:13pm tonight. He was a spitfire right up to the end. What an honor to book him for Gilbert Gottfried II Frank Santopadre and Dara Kravitz Gottfried podcast. It really was the cherry on top. He LOVED being on that show. My condolences to his beautiful wife Samantha Harper Macy.”

My buddy Bill Macy passed away at 7:13pm tonight. He was a spitfire right up to the end. What an honor to book him for…

Maude’s six-season run was one that tackled some big issues like women’s rights, racial equality, and gender issues – all while delivering a sassy, strong-headed personality by the star, Bea Arthur. Macy’s character added a whole new dynamic to the show and leveled out Maude in a way no other actor could.

Our thoughts and prayers are with his family during this very difficult time.