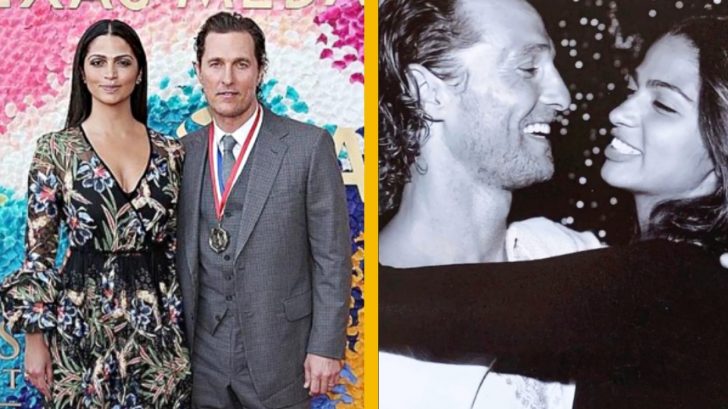 Matthew McConaughey and his wife Camila Alves are proof that true love does still exist in Hollywood.

McConaughey and Alves have been together for about fifteen years and have built a beautiful family together. The pair met at a Los Angeles club in 2006, and sparks instantly flew for McConaughey. In an interview with Oprah, the actor stated:

“I didn’t say, ‘Who is that.’ I said, ‘What is that.’ We had a great connection. I spoke better Spanish and Portuguese that night than I have since, you know what I mean?”

McConaughey and Alves married on June 9, 2012, and the couple share three children together. McConaughey does not shy away from bragging on his wife or kids, and it is clear that the actor’s favorite role is with his family. Most recently, McConaughey took to Instagram to share a photo for his wife’s 39th birthday. In the black and white photo, the pair are all smiles.

“Thank you for being born,” McConaughey wrote in the caption.

Listen to McConaughey reminisce about the night he met Alves in the next video.