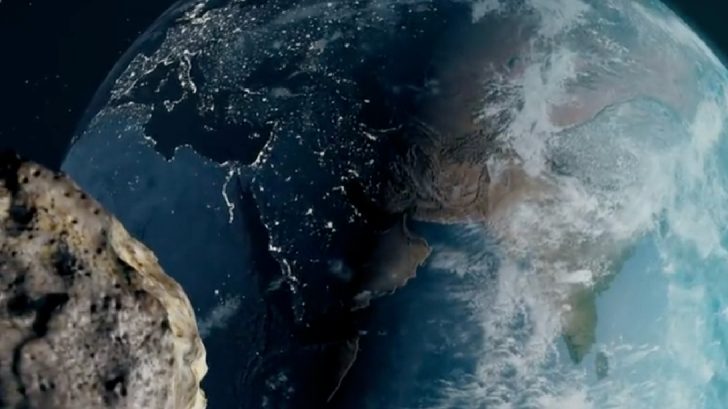 Stargazers are in for a treat this week as a massive asteroid will zoom past Earth on January 18 giving lucky viewers a once-in-a-lifetime opportunity. Although the asteroid will make its closest pass to Earth in the next 200 years, it is expected to be a “safe flyby.”

The asteroid, known as 1994 PC1, measures approximately 3,600 feet meaning that it measures larger than the world’s tallest building. It will speed past our planet at a top speed of roughly 12 miles per second!

1994 PC1’s stats may sound alarming, but professionals are assuring the public that it holds no threat to human life. The asteroid will be 1.2 million miles away from Earth at its closest point. In January 1933 it passed just shy of 700,000 miles away, and it won’t pass through our orbit again until 2150 when it will be an estimated 1.4 million miles away.

1994 PC1 is classified as a “potentially hazardous” asteroid because it is an Apollo asteroid, meaning it crosses Earth’s orbit. It was first discovered in August of 1994, and scientists say that if it were to hit Earth it would cause “complete catastrophe.

Franck Marchis, Chief Scientific Officer at Unistellar and Senior Planetary Astronomer at the SETI Institute, says: “The amount of energy is 10,000 megatons of TNT. That’s more than a nuclear blast.”

The asteroid will be visible from Earth if you have a strong telescope. Asteroids don’t emit light, but they reflect it, making the object more visible. It will be at its closest point to Earth on Tuesday (January 18), but will be visible the day before and after.

Marchis said the asteroid will appear around 25 degrees in elevation, and it will be around the Eridanus constellation.

“It’s going to be a tiny dot moving,” he said. “Because it’s spinning on itself, you’ll see some small variations of light.”

The Virtual Telescope Project will live stream it for those who don’t have a telescope or live where it isn’t visible. Click HERE to watch the flyby.