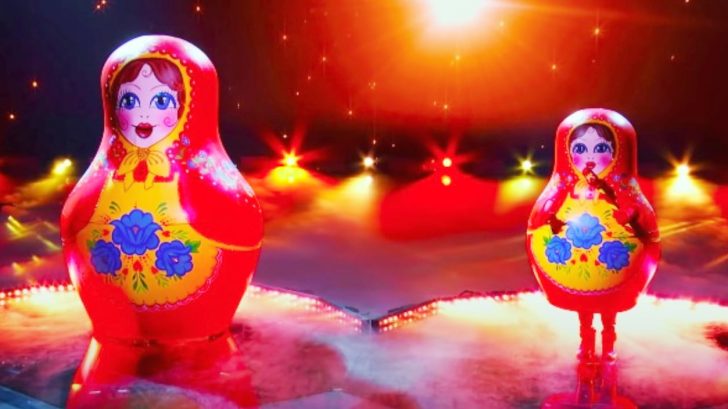 Married country singers Clint Black and Lisa Hartman Black made history during the fourth season of The Masked Singer when they became the first-ever duo to compete on the show. They competed as the Snow Owls, and wowed the judges with their stunning duets.

Clint and Lisa were eliminated from the show during week seven of the competition. Another country singer, LeAnn Rimes, went on to win that season as the Sun.

Now, The Masked Singer is gearing up for the premiere of its fifth season on March 10. The show teased the new season by releasing a clip of one of the performances a week early.

After Clint and Lisa made history as the first-ever duo to compete on the show, the singers showcased in this sneak peek clip are following in their footsteps. Dressed as “the Russian Dolls,” the two singers delivered a performance of the megahit “Shallow,” which was performed by Bradley Cooper and Lady Gaga in the 2018 remake of A Star is Born.

The clip cuts off before the judges share their guesses about the singers’ identities. But that didn’t stop fans from throwing out their own guesses in the comments on YouTube.

Even though fans didn’t get the chance to watch a clues package like they do in a full episode of The Masked Singer, many felt confident they already know who the Russian Dolls are.

Watch them sing “Shallow” below and see if you have any idea who these singers could be. We can’t wait to see how far they make it on this season of The Masked Singer!