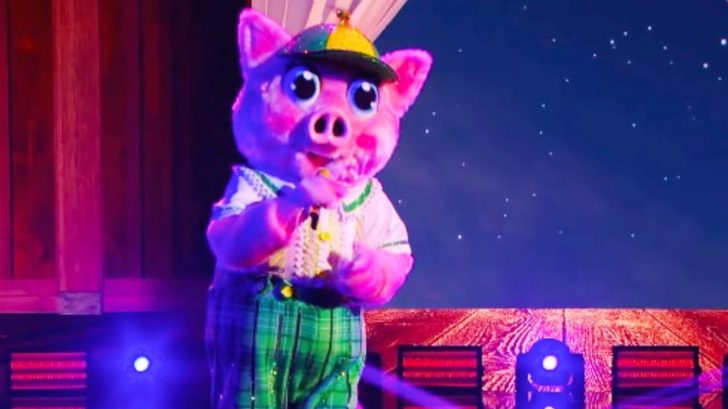 One performance on Season 5 of The Masked Singer left many viewers feeling “Speechless” after they heard it!

While most performers on The Masked Singer choose to sing pop hits, some contestants will throw the occasional curveball in there by singing a country song. That’s exactly what one contestant dressed as the Piglet did when he took to the stage for the first time.

Piglet opted to perform Dan + Shay‘s 2018 single “Speechless.” The song was a #1 hit on both the U.S. Country Airplay and Hot Country Songs charts. It also crossed over to claim the 24th position on the all-genre Billboard Hot 100.

The song has since been certified 5x Platinum by the RIAA for the sale of over 5 million units. Dan + Shay later won the Grammy for Best Country Duo/Group Performance for their performance of the song.

Masked Singer viewers were instantly enchanted by the Piglet’s performance of Dan + Shay’s romantic tune. And for many viewers, their enchantment stemmed out of the fact that they believed they already knew who the Piglet was!

Many people on YouTube and Twitter seemed to think the Piglet was Nick Lachey. Lachey rose to fame as the lead singer of the boy band 98 Degrees and later went on to experience a successful solo career as well.

He’s also known as a reality star and television host. Lachey has his fair share of experience with singing competitions, because he hosted both The Sing-Off and America’s Most Musical Family.

Fans feel pretty confident the Piglet was Lachey after hearing him perform “Speechless.” See some of their comments below.

I am beyond excited to watch the piglet a.k.a @NickLachey on the masked singer tonight ??? #MaskedSinger

Ok I said I wasn’t gonna live tweet the masked singer after last week but I have to put this into the ether. Piglet is Nick Lachey

By the time the Piglet was unmasked, it was revealed that most of the fans were right…he was Lachey! See if you can recognize the sound of his voice now that you know that bit of information!