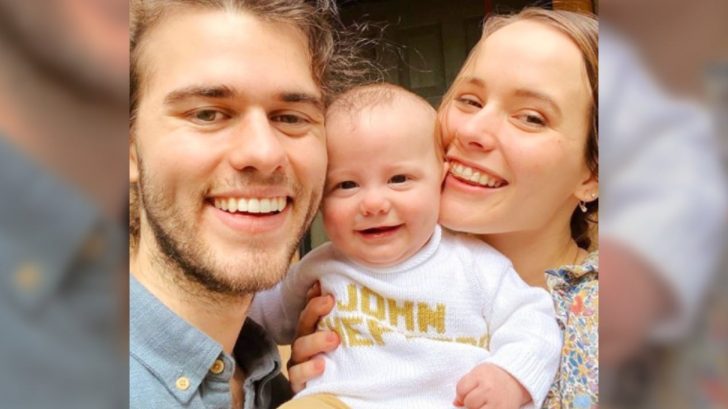 On Friday (April 24), Willie and Korie Robertson’s family was enjoying the day outside on their estate in Louisiana. The couple’s three youngest children (Little Will, Bella, and Rowdy) live with them in their home, while their eldest son, John Luke, lives in a home on the property with his wife, Mary Kate, and their infant son, John Shepherd.

The Robertsons’ daughters, Rebecca and Sadie, also live on the property with their husbands, John Reed and Christian. Rebecca and John Reed have a one-year-old son, Zane.

After the family enjoyed their afternoon outdoors, they went inside and Willie got around to head to the store. That’s when something terrifying happened.

Willie told USA Today that someone started shooting at his family’s property around 2:30 PM. “It looks like they were just spraying bullets across my property,” he said. The Duck Dynasty star estimated that eight to ten shots were fired.

One of the stars of the reality show "Duck Dynasty," Willie Robertson, says his Louisiana estate was sprayed by bullets. A man is now charged in the drive-by shooting. https://t.co/9kyykVgwi3

One of the bullets went through a bedroom window of John Luke and Mary Kate’s house. Thankfully, they and none of the other Robertson family members were injured.

Police eventually arrested 38-year-old Daniel King Jr. in connection with the shooting and booked him at the Ouachita Correction Center. He was charged with Aggravated Assault by Drive By Shooting.

Court documents cited by KNOE News indicate that Daniel was a passenger in the vehicle previously identified by witnesses as being involved in the shooting. He claims he was checking his gun’s safety when it “went off numerous times.”

Daniel also admitted he had been drinking vodka in the lead-up to the shooting.

After the shooting occurred, numerous Robertson family members took to social media to speak about their experiences. Late on Monday (April 27), Mary Kate took her turn at recalling the “scary” day.

Mary Kate spoke about the bullet that went through the window of her and John Luke’s home, writing:

“We had a scary situation as someone shot into our home Friday and at our family’s home as well. John Luke, John Shepherd, and I were all home and we are just so thankful for the Lord keeping us safe,” she said.

She ended her note by thanking her followers for keeping her and her family in their prayers:

“Thanks for the prayers, texts, and messages- we appreciate it! We’re good and just very grateful to be safe and sound,” she wrote.

You can read Mary Kate’s full note about the shooting below. We are happy to hear that she and all of the other Robertson family members are safe and well after such a horrific experience.

We had a scary situation as someone shot into our home Friday and at our family’s home as well. John Luke, John Shepherd, and I were all home and we are just so thankful for the Lord keeping us safe. We see His hand on us in so many ways that day. A friend of mine was reading psalm 91 that morning and brought it up to me, so we’ve been keeping that on the forefront of our minds. Thanks for the prayers, texts, and messages- we appreciate it! We’re good and just very grateful to be safe and sound.