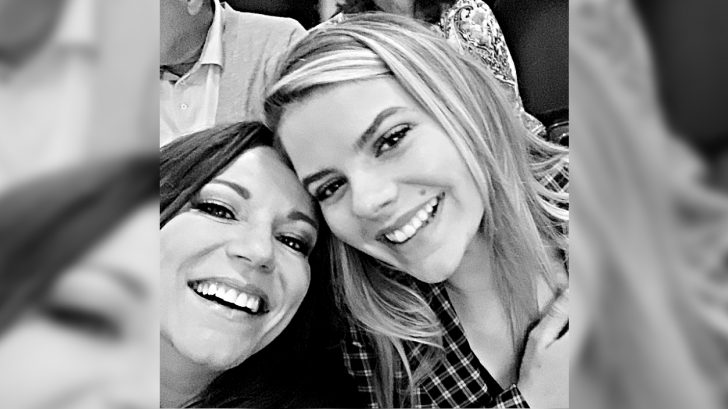 Martina McBride took to social media to wish her middle daughter Emma a happy 22nd birthday and shared some sweet photos of her.

Martina McBride is an award-winning country music singer-songwriter, known best for her incredible soprano singing range and a variety of hits, such as “A Broken Wing” and “Independence Day.”

Martina’s love for music started with her father’s local band. Martina eventually joined his band playing keyboard and singing with other members of her family at local gigs around her hometown.

Martina met her husband, John McBride, who was a sound engineer in 1987 and was engaged shortly after and married in 1988. The two moved to Nashville together in 1990 to pursue country music careers.

Happy Birthday to my sweet husband. So happy to spend another year with you John! Love you.

John got a job as a sound engineer for Garth Brooks’ sound crew and Martina picked up odd jobs, including selling Garth Brooks merchandise at his concerts. Eventually, Garth took notice of Martina’s incredible talent and offered her to be an opener for his tour, if she could get signed with a record label.

With a demo cut by her husband, Martina was offered a deal with RCA Records in 1991 and started touring with Garth. Her debut album, The Time Has Come was released in 1992.

#VocalPoint Episode 1 is LIVE!!! Special thanks to @garthbrooks for being my first guest on air ? Y’all won’t want to miss this! ALSO, I’ll be going LIVE on Instagram at 10:30am CT to talk all about the podcast, why I wanted to do it and some of my favorite memories from interviewing. Drop a question below and I’ll answer them then! Link to #VocalPoint Episode 1 is in my bio!

Because we’re all practicing #socialdistancing, it only seemed appropriate to invite the whole McBride family to be my “guest” on this week’s episode of #VocalPoint! ? This episode is super relatable right now as we all spend more time indoors and with family members. It’s three different generations of perspectives on this whole thing, which I think y’all will find really interesting! Listen to the episode now through the link in my bio.

After their daughters were born, Martina decided to take a step back from touring so she could be at home with their girls and they could grow up having a relatively normal childhood.

See all the photos Martina posted for Emma’s birthday below.

This beauty turned 22 on the 29th of March. Emma you have always been a bright light. Filling up every room you enter and every person who is lucky enough to know you. I’m so proud of you and the life you are making for yourself. Living on your own in NYC. Going after your dreams. All the while staying true to yourself. You are strong, brave, smart, and beautiful inside and out. You are my heart and I love you more. ❤️