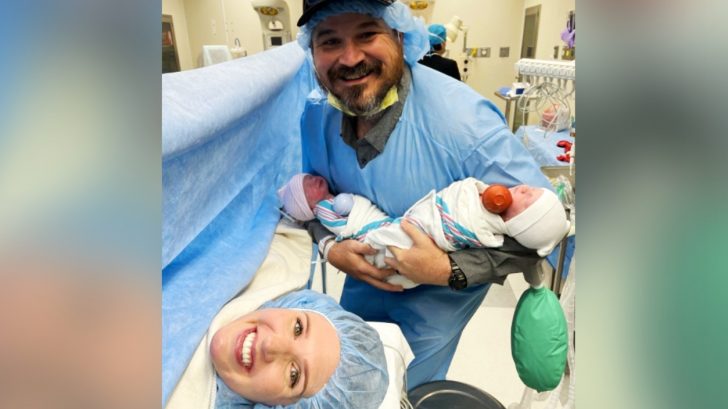 The Robertsons have many people who help them make their Duck Commander business the “Dynasty” it’s become. One such person is Justin Martin, who Duck Dynasty fans know as just “Martin.”

Martin is the General Manager of Duck Commander. He has a beautiful wife, Brittany, who loves to spend time with him outdoors.

In April, the couple announced they were expecting twins! They later revealed that the babies were both boys.

Martin and Brittany’s baby boys were due to arrive in October…and that’s exactly when they were born!

Taking to his official social media pages, Martin shared the happy news that his sons were born on Wednesday (October 12). Their names are Waylon David and Jackson Nash Martin.

“At 10:59 and 11:01 our worlds changed forever,” Martin said. “Waylon David Martin and Jackson Nash Martin came into this world a screaming. Mom is great and so are the boys. The amount of support from y’all has been nothing short of incredible. Our hearts are full and family complete. I still truly don’t have the words.”

You can see Martin and Brittany’s first photo with their twin sons below. Congratulations to them on their TWO new additions!