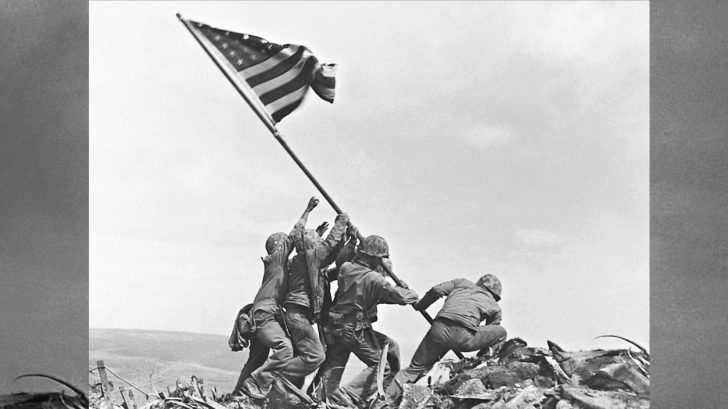 Dave Severance, the Marine commander whose troops were photographed in one of American history’s most recognizable war images, has died. He was 102.

During World War II, Severance’s troops planted the American flag on Iwo Jima. The troops were part of the 10th wave of about 70,000 Marines that invade the island. At the time, they were confronted by about 20,000 Japanese soldiers.

Despite the popularity of the photo, the flag seen in the image was actually the second American flag to be raised into the air. On Feb. 23, 1945, about 40 members of Severance’s company planted a flag during the fifth day of fighting. Navy Secretary James Forrestal requested the company to remove the flag for him to keep as a souvenir, and a larger flag was hoisted into the air. It is the second flag that photographer Joe Rosenthal captured. Joe later won a Pulitzer Prize for the impactful image.

During his retirement, Severance attempted to popularize the story behind the flag photograph. His company was truly courageous during one of the bloodiest battles of the war. About 75 percent of his troops were killed or severely wounded. Severance also served bravely and earned a Silver Star for his commitment.

Severance was born on Feb. 4, 1919, in Milwaukee before growing up in Colorado. After serving in World War II, the Marine flew 70 missions as an aviator in Korea. Severance eventually retired from the military in 1968.

For more on the famous photo, check out the following clip.