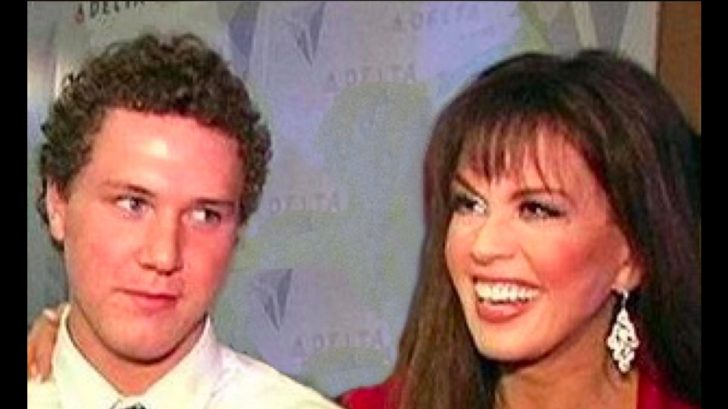 Despite all her career accolades, Marie Osmond is also a proud mother. She married Stephen Lyle Craig in 1982 and they had a son named Stephen Jr. After she and Stephen divorced in 1985, Marie married Brian Blosil on October 28, 1986. Together, they had two children, Rachael and Matthew, and they adopted five – Jessica, Michael, Brandon, Brianna, and Abigail.

Marie’s son, Michael, was born on her beloved mother’s birthday, making May 4th extra special to her.

Sadly, at the age of 18, on February 26, 2010, Michael ended his own life after suffering from years of bullying.

May 4th became an even more special day in 2011 when share remarried her first husband Stephen Craig in 2011.

On May 4th this year, which would have been Michael’s 31st birthday, Marie shared a sweet photo of her son as a young boy. The photo collage also contained a one of her mother and of her and her husband.

“Happy birthday to my angels in heaven—my Mom and my son Michael—and Happy Anniversary to my angel on earth my husband Steve. I love you all so much,” she wrote.