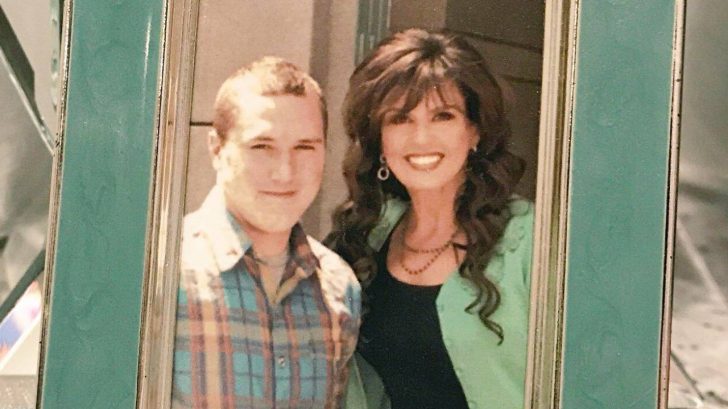 Marie Osmond is the proud mama to eight children. She married Stephen Lyle Craig in 1982 and they had a son, also named Stephen. After she and Stephen divorced in 1985, Marie married Brian Blosil on October 28, 1986. Together, they had two children, Rachael and Matthew, and they adopted five – Jessica, Michael, Brandon, Brianna, and Abigail. Marie’s son Michael was born on her beloved mother’s birthday, making May 4 extra special to her.

Sadly, at the age of 18, on February 26, 2010, Michael ended his own life after suffering from years of bullying and a long and extensive battle with depression that included rehab.

She spoke about his suicide on The Talk in 2019 saying, “I have never spoken about this before, but my son, who died, he was bullied. He was bullied very heavily right up until the time that he committed suicide, because of his sobriety.”

On Monday, October 10, Osmond took to social media to remember her son, over 12 years after his passing. While it wasn’t the anniversary of his death, or his birthday, October 10th is a very important day – Mental Health Awareness Day.

She shared a photo of her son and wrote:

“It’s been 12 years since my sweet Michael passed away. He fought depression for much of his life and was only 17 when he took his life—He was too young to know that things get better.

We all encounter times where the future seems bleak. This #mentalhealthawarenessday, it is my earnest hope that if you encounter these same demons and struggles in your life, that you keep holding on. Please, please remember things WILL get better and the light WILL come again. You are loved, needed and you are wanted!”

It is a beautiful message and very important reminder to anyone who struggles with mental health issues.