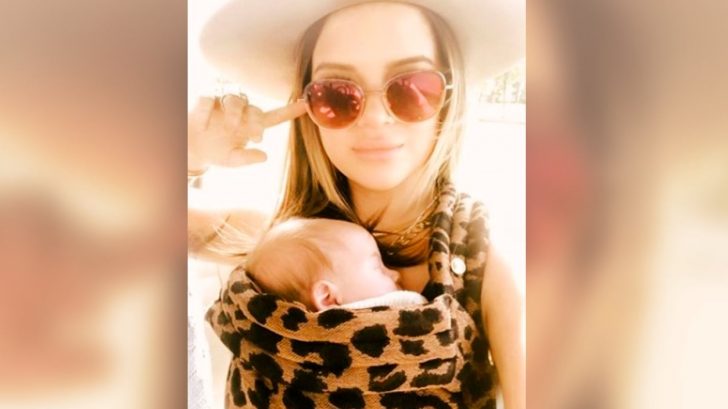 On March 23, Maren Morris and Ryan Hurd welcomed their firstborn child. Maren gave birth to a baby boy, and she and Ryan named him Hayes Andrew Hurd.

“The Bones” singer announced her son’s arrival by posting a slideshow of images on social media. “Hayes Andrew Hurd. 3/23/20. Love of our lives,” she wrote along with some sparkle and double pink heart emojis.

Since Hayes’ birth, Maren and Ryan have been more than willing to share snapshots of him with their followers.The little guy already seems to be a natural in front of the camera!

Just look at all of these adorable pictures…

30 looks beautiful on you, MM. Happy Birthday from me and your almost 3 week old birthday present. We are so proud to be yours! ?

Happy due date, little guy. We loved getting you an extra week. ?

Waiting on a rainbow. ?

It’s hard to believe it, but baby Hayes is already a month old. And just days after reaching that milestone, he experienced a big moment in his life…he got to go outside and enjoy the spring sunshine!

Maren took to Instagram to share a sweet snapshot from her outdoor adventure with baby Hayes. The picture shows her carrying Hayes in a leopard print baby carrier, which people in the comments seemed to love.

Hayes looked cute and cozy all snuggled up in his carrier, while his mama further accented her look with a pair of stylish sunglasses and a wide-brimmed hat.

“We finally went outside!” Maren wrote in the photo’s caption along with a sunflower emoji.

We finally went outside! ?

This year has been full of celebratory moments for Maren and Ryan. In addition to welcoming baby Hayes, Maren had her 30th birthday on April 10.

And just a month before Hayes made his big debut, Maren was already sitting on top of the world when her song, “The Bones,” reached the number one spot on the Country Airplay chart. The song’s music video features Ryan as well, and you can check it out below.

We hope Maren and Ryan continue to share pictures of Hayes, because we love seeing him!