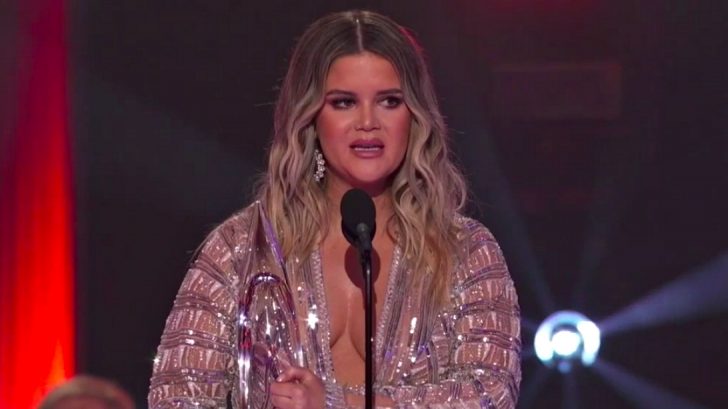 Country music’s biggest night honored some of the greatest stars of the genre from today and from years past. The CMA Awards show took place Wednesday night at Nashville’s Music City Center and history was made with tribute performances and awards surprises.

One of the night’s biggest awards, Female Vocalist of the Year, went to….Maren Morris!

.@MarenMorris is your #CMAawards Female Vocalist of the Year! Congratulations!?

This is Maren’s first win in this category. pic.twitter.com/sd35GczLke

Maren’s win is the icing on top of an already huge night for the singer who also won Single of the Year and Song of the Year for “The Bones” earlier in the evening. During the show, Morris performed her award-winning single, “The Bones.” Join us in congratulating Maren Morris on her Female Vocalist of the Year win, and watch her perform “The Bones” on the Late Late Show below.