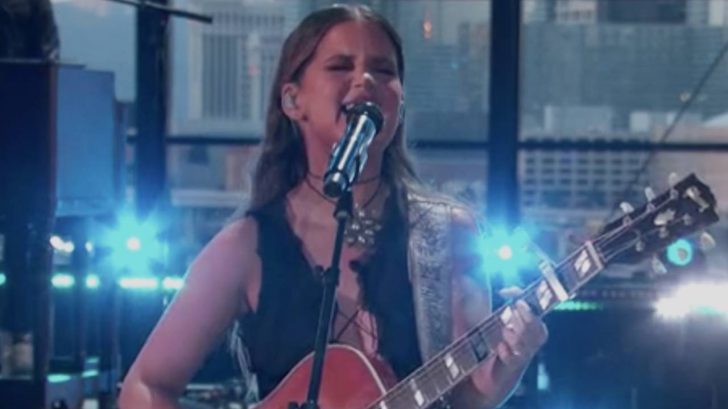 On January 22, 2022, five-time ACM Award winner Maren Morris released her first single off her highly-anticipated third studio album, Humble Quest, which will be released on March 25, 2022.

Written by Morris, her husband Ryan Hurd, Julia Michaels, and Jimmy Robbins, the single is titled “Circles Around This Town,” and is Morris’ first single since 2020’s “To Hell and Back.”

Morris is up for Female Artist of the Year, which she won in 2020 and 2021, and was one of the first announced to perform at this year’s show, hosted by Dolly Parton.

At the 57th Annual ACM Awards taking place at Allegiant Stadium in Las Vegas, Maren Morris took the stage to perform “Circles Around This Town.”

Wearing a more casual look than she normally does at awards show, Maren rocked jeans and a black top and slayed her performance of “Circles Around This Town.”

Watch a clip of it below.