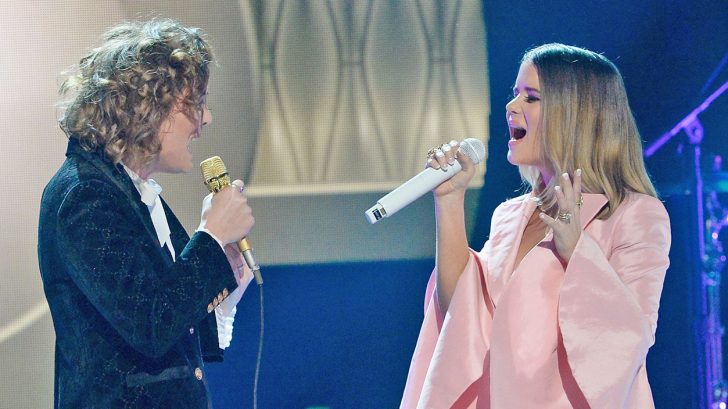 Are y'all ready for a whole lotta female power? We're celebrating the women of country on CMT Artists of the Year Wed, Oct 17.

Each artist, with the exception of Loretta Lynn, got their own moment to shine during the live special, some teaming up with other female artists to honor a legend who came before them. Morris was announced to be performing a tribute to the late Aretha Franklin with Brandi Carlile. Academy Award-winning actress Sissy Spacek accepted Lynn’s award on her behalf, since the legend was unable to attend. You probably remember Spacek’s role in the film Coal Miner’s Daughter.

Cat’s outta the bag! I’m so incredibly honored to tribute the late Aretha Franklin with @brandicarlile at Artist of the Year. Don’t miss it! #CMTAOTY 🙌🏼 https://t.co/uPycw2QkO0

In the days leading up to the live performance, Morris shared a sneak peek at her and Carlile rehearsing for their big moment.

FLOORED to sing with my soul sister @brandicarlile tomorrow LIVE on @CMT so tune in, my little pumpkins! #CMTAOTY 😭🙌🏼 pic.twitter.com/KyVt6d3GgX

Eyes were on the two powerhouse vocalists all night, anticipating the greatness that would come out of their performance, and boy – did they deliver. They sang Franklin’s hit song “Natural Woman” and the audience was loving every second of it, as were we!

Watch their incredible duet below!

Maren Morris and Brandi Carlile's Aretha tribute was a dream! Watch the two come together for "Natural Woman."

Posted by CMT Artists of the Year on Wednesday, October 17, 2018