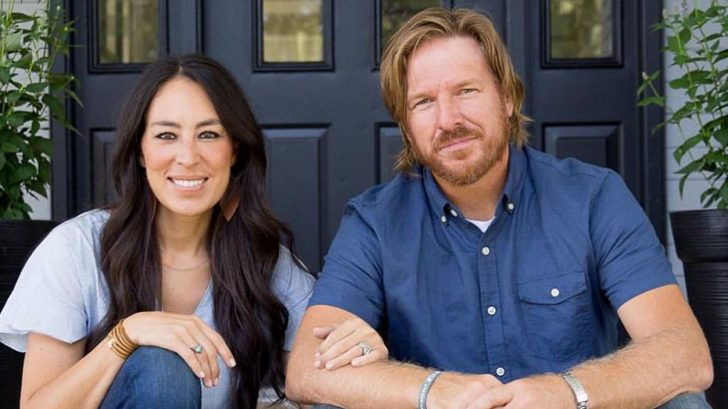 In April, a writer by the name of Daryl Austin wrote an opinion piece on the famous couple Chip and Joanna Gaines. The entrepreneurs rose to fame thanks to their hit HGTV show Fixer Upper where they help couples find and build their dream home!

The success of their show has allowed them to branch out in the business world by starting a real estate company and an interior design company. They’ve also written best-selling books, launched several different lines of wallpaper, furniture, paint, pillows, rugs, as well as an exclusive line of products for Target.

Today’s the day! Hearth & Hand with Magnolia is now available at Target stores and on their website! We’ve had so much fun designing this line and can’t wait for you to see it. #HearthAndHand @target

They recently opened a restaurant, Magnolia Table, which resides just a few minutes away from their ever-popular Magnolia Market at the Silos. The Silos is a shopping center in their hometown of Waco, Texas that features many different stores, food trucks, and a bakery.

My favorite time of year is here! I can’t believe our THIRD annual Silobration is happening this weekend…come hang out at the Silos and shop the vendor fair (Thur-Sat 9-6pm) and check out all the amazing makers, vendors and artisans from all over the country. Bring the kids. Eat good food. Silobrate with us all weekend long. Let the celebration begin!! #silobration @magnolia

Because of their extremely full plates and seemingly busy schedules, Austin wrote an article about how he thinks their priorities are on fame, and not their family, like that always say.

He wrote, “No matter how rich and famous, we are all limited by the same 24 hours in a day. You cannot do all they’ve done (or even a fraction of it) and still have any real time left over for family. Frankly, I wonder where they even find the time to brush their teeth, let alone spend quality, one-on-one time with each child daily.“

As parents of four children already, with their fifth on the way, Austin noted, “What’s most unfortunate to me is they say they are aware they need to spend more time with their children, but their actions continually contradict that. They’re kidding themselves if they think they can achieve that kind of success and still give their children the time and attention they deserve.”

Lots of people read this article and had things to say. One of those people was Chip Gaines himself. He tweeted, “I don’t know daryl [sic], & he clearly doesnt know me. But for the record: If there is ever a need w/ my family (1st), I’ll shut this circus down so fast it will make your head spin. BUT jo & I believe, w/ God anything is possible. Including having an amazing family AND career you love.”

I dont know daryl, & he clearly doesnt know me. But for the record: If there is ever a need w/ my family (1st), I'll shut this circus down so fast it will make your head spin. BUT jo & I believe, w/ God anything is possible. Including having an amazing family AND career you love. https://t.co/3DbWIIKMnh

Well now that the drama has died down, Austin has come out of the wood works once again – but this time, to apologize.

“Many parents just like me have to work many hours each day to provide for our families,” he said. “But I saw Chip and Joanna as being in a different position, because they no longer need to work as much as they do in order to provide for their kids.”

“I was convinced that the lifestyle they presented to the world was a great recipe for building loads of successful companies, but not necessarily a way to have more time together as a family,” he continued.

Austin also wrote about a recent experience in Mexico where he saw children on the streets without their parents.

“Suddenly the parenting choices of two well-meaning American parents paled in comparison. Especially because as bad as it seemed to be for some of the children I witnessed in Mexico, I knew in that moment that many children all over the world were suffering even more,” he said.

The article was appropriately titled “Chip and Joanna Gaines, I’m sorry I slammed your family values — Please accept my apology,” and we’re sure that they have already accepted.

You can read the full apology here.

Check out some of their family’s best moments below.