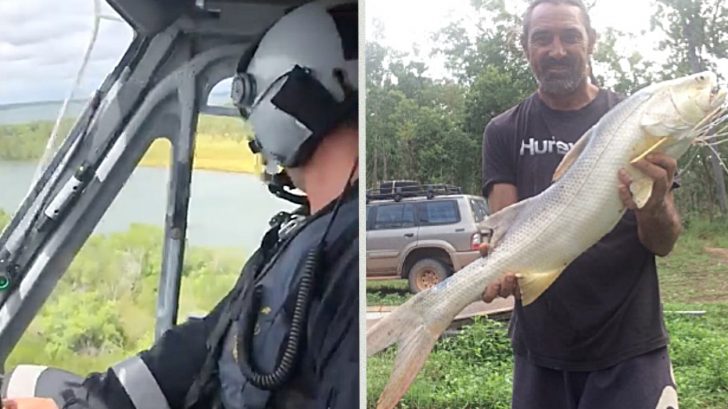 Anthony Vanharen, a 42-year-old man who loves to fish and is known to live on his boat at times was reported missing in Queensland, Australia after police found his boat.

Police would like to speak with anyone who may have come into contact with Anthony or his boat –a white 4.8 metre Quintrex (see image) – at Winning Point between April 30 and May 2. pic.twitter.com/rpYNJ43kOw

The Weipa Police Department said Anthony has been missing for eight days (since April 30th) and they fear he has been snatched by a crocodile. They say this because they found his boat washed ashore unattended two days after he was last seen.

Inspector Kevin Goan for the Weipa Police Department said he gathered that Anthony was attempting to move his boat that had become stuck in a low tide area highly known for crocodiles when he went missing.

Weipa boatie believed to have been snatched by crocodile

Police believe a three and a half metre crocodile has snatched a missing boatie in the Cape.Anthony Vanharen was last seen pushing his boat through croc-infested waters in Weipa almost a week ago.www.7NEWS.com.au/coronavirus #coronavirus #7NEWS

The National Parks and Wildlife officials used drones to survey the area with night-vision trying to find him. However, no other evidence of his disappearance was found. Inspector Kevin said it was not likely that Anthony would have become lost on land because the shoreline leads to a road.

“The survivability for a lost person is high because you would be able to find your way out,” Kevin explained, according to Australia Yahoo News.

Anthony is described as a white male about 5-foot 8-inches tall, skinny, with broad shoulders, and brown hair he wore in a ponytail. If anybody has information on his whereabouts please submit a report online to Crime Stoppers.

More On The Missing Man In The Video Below

WEIPA SEARCH: Police are scaling back the search for missing man Anthony Vanharen after his boat was found at Winning Point near Weipa on Saturday. The ground search has been suspended, crews will focus on aerial investigations tomorrow.The 42-year-old rang his family on the 29th of April and police have an unconfirmed sighting of him on the 30th. Officers have ruled out foul play and says his disappearance is out of character. Anyone with further information is being urged to contact police. #9News #9NewsFarNorthQueensland