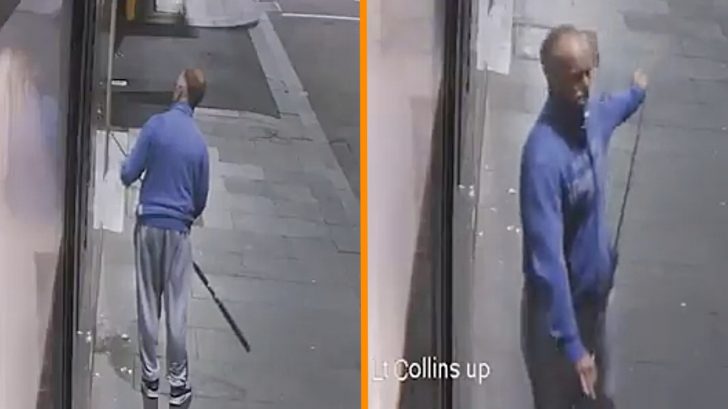 Do you recognise this man?

We believe he used a fishing rod to commit a burglary on a high-end fashion store in Melbourne.

The necklace was a gold Medusa medallion on display on a mannequin’s neck facing the store’s front window. The thief loitered around the store in the late hours of the night when traffic was down and people were asleep so he could chip a hole in the glass window that was just big enough to stick his fishing rod through.

Once he got a hole big enough, he then took the fishing rod and poked it through the hole towards the necklace. He did it in such a way that it did not trigger the alarm and it took him over three hours for his scheme to work. But by 2am, he was finally able to hook the expensive necklace to the fishing pole.

The man walked away with his stolen goods and left only a video for police to use to identify him. Police believe the man is caucasian between the ages of 40 and 50 years old and described him as being around 5ft 11in with short, receding hair. The department also posted the security footage to their Twitter hoping someone would recognize him and tell the authorities who he was.

“I couldn’t believe it,” Steven told Nine News. “Three-and-a-half hours, with two rods, trying to get this necklace, was amazing. Hook, line, and sinker, I guess. He did it.”

WATCH: Security footage shows a man using a fishing rod to remove a Versace necklace from a mannequin within the store just after 2am. pic.twitter.com/9S103jZjv4