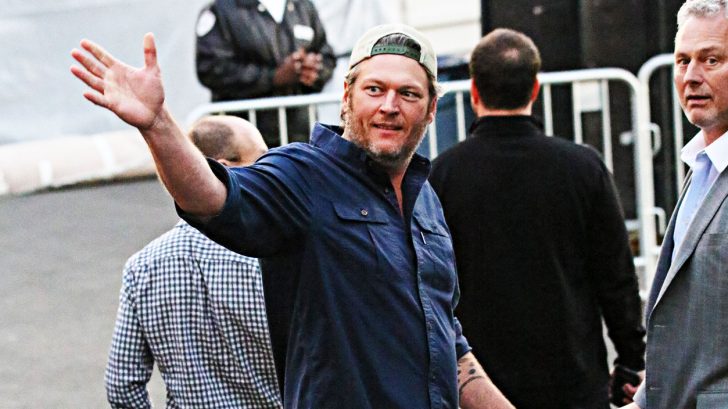 Police arrested and charged one individual after he approached and threatened hundreds of concertgoers outside of an Arkansas venue where Blake Shelton is performing tonight.

Announcing the surprise concert on Twitter earlier today, Shelton sent a blizzard of fans headed toward local venue, The Sound Room, after revealing that it would be a free show with limited space.

Hey y’all, how does a show in Fort Smith, Arkansas sound!? How about tonight!? Because it is happening! See you at The Sound Room tonight at 8pm! It’s a free show with limited space so first come, first serve! – Team BS

As hundreds of fans in Fort Smith, Arkansas gathered outside the venue, a man armed with three knives and an ice pick allegedly threatened the concertgoers with the weapons – requiring police to apprehend and charge him.

In a report by 5News KFSM-KXNW, they explain that the man, who is presumed to be homeless, had been charged with misdemeanor disorderly conduct after approaching the line of fans and allegedly threatening them with the weapons. No injuries were reported by police or the news station.

Additionally, Gwen Stefani will be in attendance at the concert, but it’s unknown if she will be performing or not.

Watch the video footage from the arrest below.