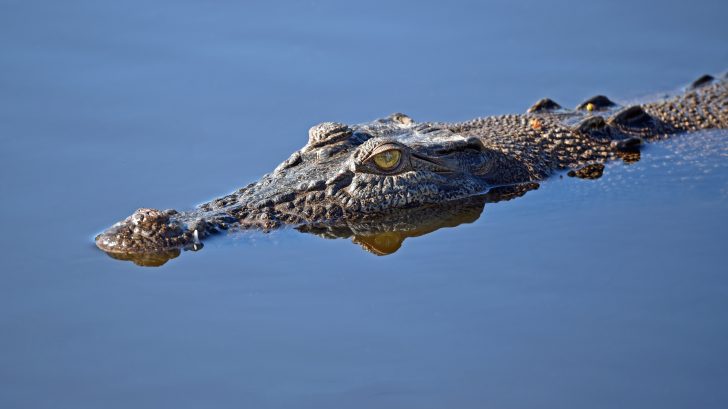 A man was bitten in the face by an alligator early Friday morning, June 12, 2020, at Taylor Park, according to the Largo Police Department. According to the report, around 5 a.m. a man by the name of Travis Spitzer had waded into the lake located at the center of the park in search of frisbees when the gator attacked him.

According to the DG Course Review, the park’s 18-hole disc golf course has at least 41 reported lost flying discs, with over half of them reported lost in the lake. On their website they even have written,

“Five holes are adjacent to the lake so penalty shots or a lost disc are not uncommon.”

Players have even cautioned people on the website to watch out for alligators. One person wrote,

“There are alligators in this lake. The locals talk of them and they are BIG. Use your smarts and don’t go into the water to fetch your bad drive. Even be aware if your disc is on land but close to the water.”

We’re at John S. Taylor Park in Largo where at 5am a man was attacked by an alligator. FWC says he was in waist deep water looking for disc golf discs when was bit on the face. He was taken to the hospital and is expected to survive. Watch @WFLA at 4pm & 5pm for live reports. pic.twitter.com/4mpWlbYBqA

While police do not know how big the alligator was, the statement issued said Spitzer used his left hand to pry the animal off. He was transferred to a hospital with injuries to his hand and face and is expected to survive.

The Florida Fish and Wildlife Conservation Commission’s Tampa office announced that they are still investigating the event.

For more information on alligator bites watch the video below.